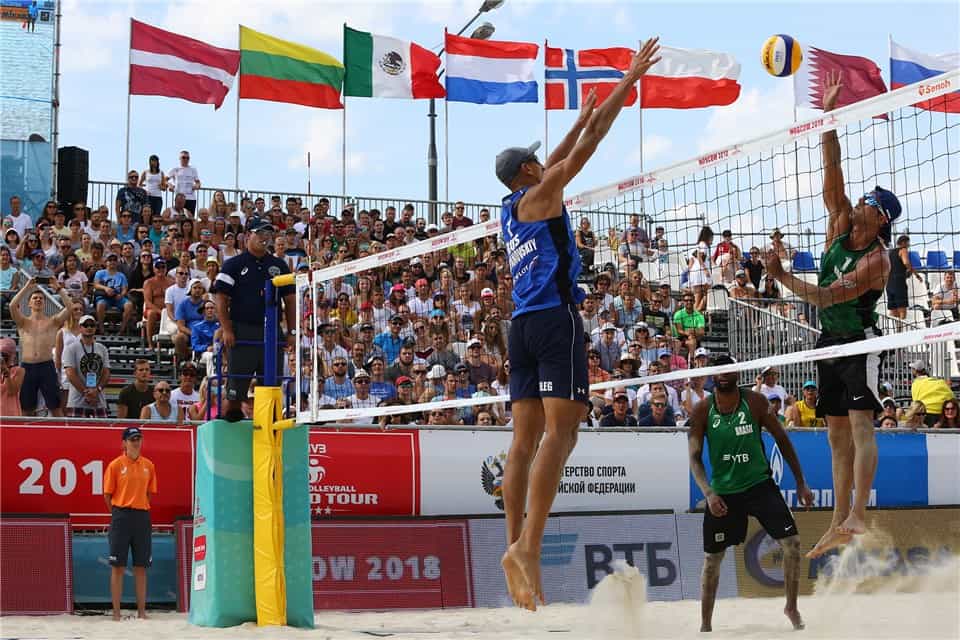 The US$300,000 FIVB 4-star Moscow Open are the 14th World Tour event in the Russian capital. It will start Wednesday with qualfication, Main Draw play takes off on Thursday with the medal matches being played on Sunday.

With only a few exceptions, most of the international top teams will be competing. On the men’s side, the world’s number one and new European champions Mol/Sorum from Norway will take a rest and will only be back for the 1-star Oslo event end of August. Top-seeds are Hamburg world champions Krasilnikov/ Stoyanovskiy from Russia. They are followed by Brazilians Evandro and reigning Olympic champion Bruno as well as Andre and George Wanderley. Latvians Samoilovs/Smedins will try to defend their 2018 Moscow title.

The women’s side will feature pretty much all of the Brazilian top teams, namely Ana Patricia/ Rebecca, Agatha/Duda and Maria Antonelli/ Carolina Salgado. In contrast to the men’s side, the new European champions Graudina/ Kravcenoka from Latvia who just claimed the title in the same spot, will also be competing.