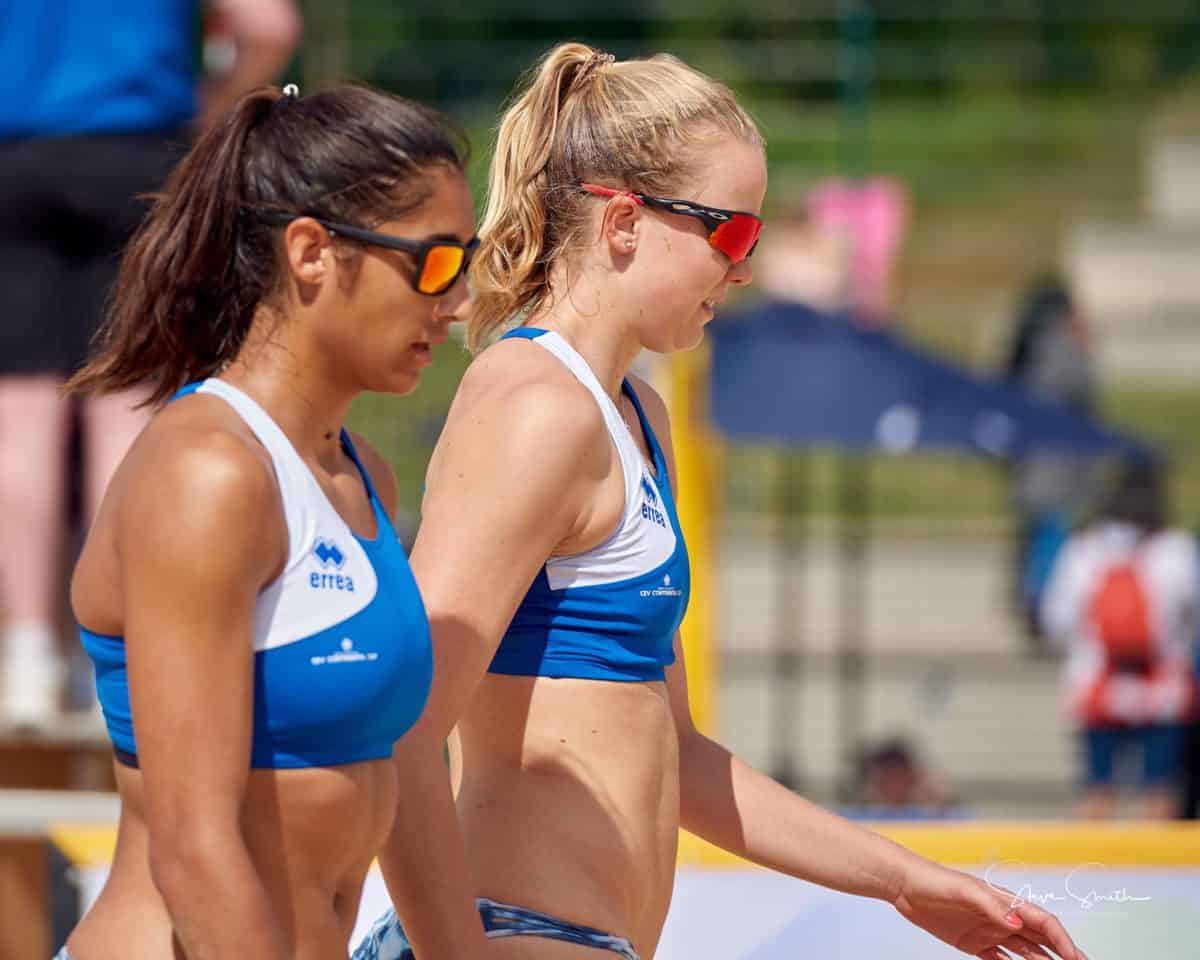 Lézana Placette and Clémence Vieira are watching the qualification action on one of the side courts at the World Tour Finals in Rome. They just lost their qualifier match to Russia. Before heading back to France the next day, they face the challenge of seeing Rome in only one night. But beyond the Rome challenge, their goals and ambitions are way bigger. They are aiming to compete for France in the Olympics. Tokyo 2020 though it comes quite early. But even more Paris 2024. With beach volleyball being played on Champ de Mars next to Eiffel Tower. And the French young guns are determined.

Both know each other from early indoor days

Lézana and Clémence are both from Grenoble where they started their careers in indoor volleyball. Lézana, 21, has been playing beach volleyball for five years. Normally she is partnering with Alexia Richard with whom she finished 9th in the 2019 European Championships in Moscow. 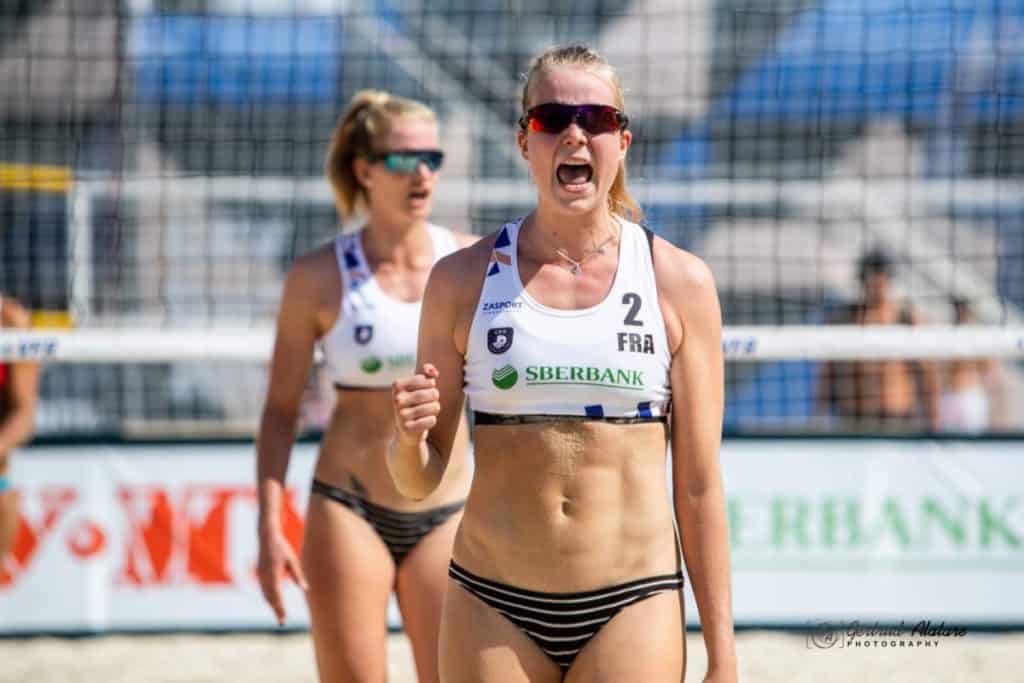 For the World Tour Finals, she teamed up with Clémence Vieira who will celebrate her 19th birthday in November. For the French youngster who has a Spanish-Portuguese background, it is only her third season of beach volleyball. With her current regular partner Pia Szewczyk she finished 9th in the European Under-22 championships. 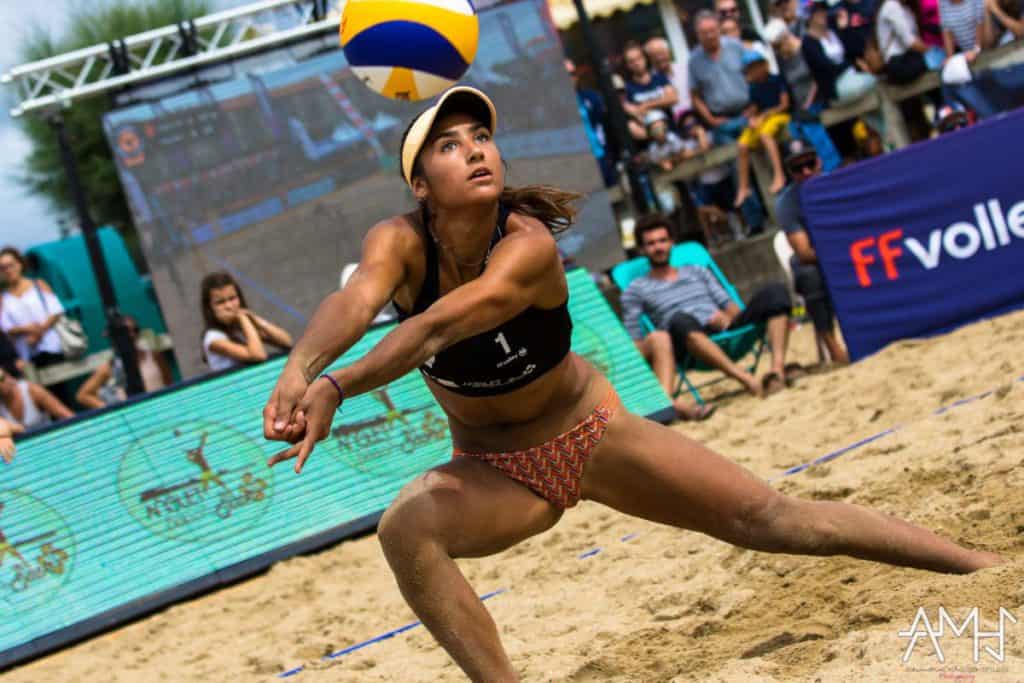 Playing in Toulouse, Clémence had been asked to give beach volleyball a try a few years ago:

“I wanted to test beach volleyball. It is very different and more complicated than indoor. You have more responsibility. You touch the ball at every point. Therefore, our training approach is very different to indoor.”

“Beach Volleyball is the more complete sport. Besides the physical things, there is also a mental aspect. There are no substitutes in beach volleyball and you have no coach to ask for help during a match.“

That’s why for them creating a team and having a great relationship on and off of the court is key. Both used to play as hitters in indoor volleyball. Recently the have been working a lot on the lacking skill set, especially setting. Their current coaches are from Brazil and adjusted their overall training. Lézana:

“We have new coaches with big goals and we already have improved a lot. With Paris 2024, we have a big project in front of us but we don’t know yet who will be playing with whom.”

Both agree that there is not yet a widespread culture for beach volleyball in France. With France having beautiful beaches, it is rather tourists playing volleyball at French beaches so far. Although the French men’s team of Aye/ Gauthier-Rat made it into the round of 16 at the Rome World Tour Finals, there are still not that many French teams on a professional level. That’s why there is no full-fledged national support system like in other countries. 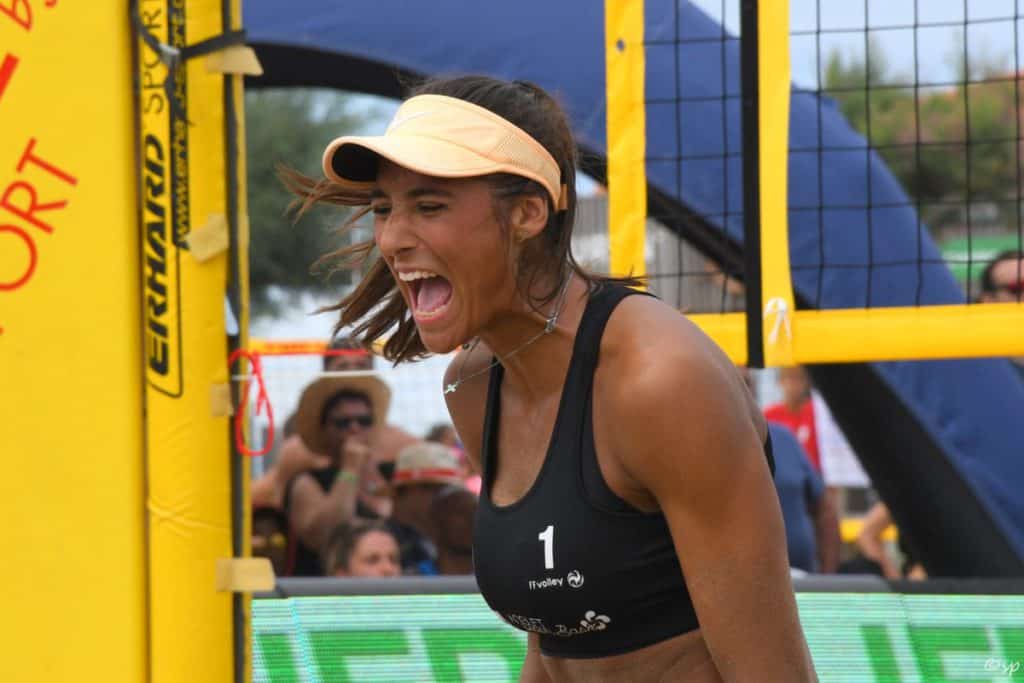 For Lézana and Clémence who both like Norwegians Anders Mol and Christian Sorum for their great skills, sportsmanship and attitude, a few days of upcoming rest are well deserved. While Lézana will then go back to her biology studies and play the Chetumal event in November with her regular partner Alexia Richard, Clémence will need to return to engineering school where she missed the first year due to extended beach volleyball training. A good reason to miss class for sure…