From Riga to Los Angeles

Tina Graudina is young, confident and motivated. Our interview is on a Sunday morning with sunny Californian weather and blue sky. You could imagine many things to do with such a day. Nevertheless, her plan for the rest of the day is homework and preparation for the upcoming week. This type of motivation recently brought her to University of Southern California (USC) where she started her studies after going through the rather tough selection process. She is now part of the USC Trojans beach volleyball team competing for the NCAA championship.

Tina is originally from Riga in Latvia and got started with tennis and track & field before focusing on beach volleyball. She is an Under-18 and Under-22 European Champion and with her current partner Anastasija Kravčenoka she reached the quarter-finals of the 2017 European Championships.

Coming to the US from Latvia, she is currently absorbing the American approach to beach volleyball. This does not only refer to a different ball being used in the U.S. compared to Europe. At home she was used to primarily doing exercises and drills for two people whereas her current training at USC involves a group of 15. Moreover, the approach at USC with several coaches including Olympic champion Dain Blanton also differs from the one her Latvian coach Genādijs Samoilovs is teaching in terms of service reception and overall movement at attack. Understanding and practicing both approaches is helping Tina to become a flexible and diverse beach volleyball player. 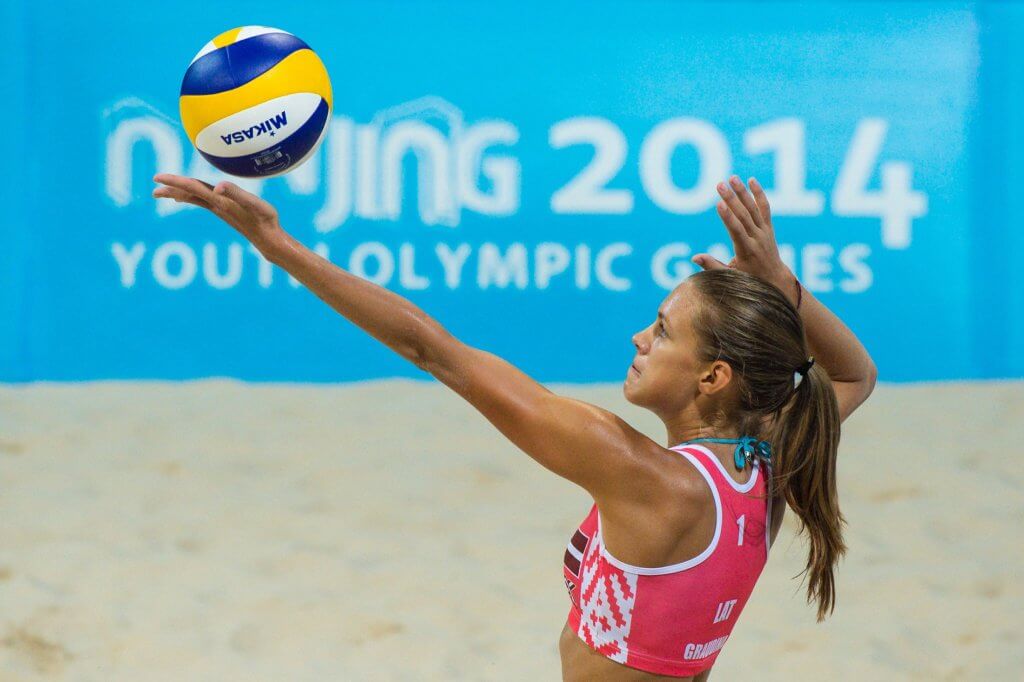 Tina and Anastasija are planning to play together at least for the next few years. In contrast to the Latvian men’s teams, there are not many female top players in Latvia. Due to top coach Genādijs Samoilovs, Latvia is a beach volleyball powerhouse on the men’s side with Jānis Šmēdiņš, Aleksandrs Samoilovs or Martins Plavins to just name a few.

“Latvian coach Genādijs Samoilovs is one of the founders of beach volleyball in Latvia and since he had a son (Aleksandrs), he automatically started working with the guys. Except for one previous top team, we don’t have that strong of a women’s beach volleyball tradition in Latvia.”

Since Tokyo 2020 is still some time to go, Tina is focusing on her current goals for this season. Anastasija and Tina want to participate at this year’s European Championships in the Netherlands and the CEV U22 European Championship at Jurmala beach next to Tina’s home town. They are also planning to play at the FIVB World Tour events in Lucerne (3-star) and Quinzhou (4-star). 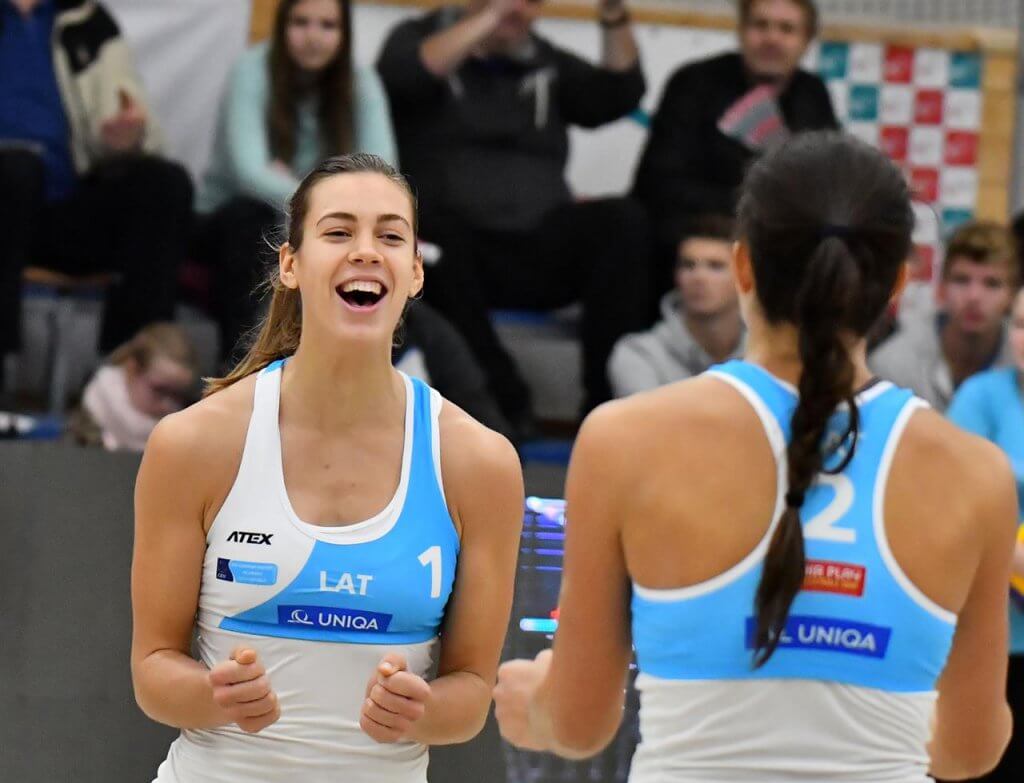 Tina has already played many of the top teams in the tournaments at a young age and therefore doesn’t have a current player she is really looking up to. She still likes watching the top teams in order to learn from them.

“I admire how well they master the art of beach volleyball but at the same time I know that one day I will be able to do the same.”

Being from Latvia, she has a tendency to follow the successful men’s teams and was happy when the new team Plavins/Tocs won at The Hague (Netherlands) beginning of January. But  2018 had a successful start for Tina and Anastasija as well when they reached the final of the CEV European Masters at Pelhrimov (Czech Republic). It seems as if she is reaching her goals even faster than expected:

“At the beginning of last summer I wouldn’t have imagined that I would be in the finals of a Masters tournament, but here we are!”

Find out more about Tina Graudina at her and Anastasija’s team Facebook page.