on their Mission Impossible

Megumi Murakami and Miki Ishii giggle when the translator asks them about the current status of beach volleyball in Japan. Women’s beach volleyball in Japan is primarily perceived as watching cute women performing in bikinis. It is still indoor volleyball that dominates the scene. And people watching indoor volleyball are more interested in the sport itself than just watching women playing in bikinis. But the culture is changing and the gap between indoor and beach is getting smaller. This development has been enhanced by several Japanese top indoor players moving to the beach and increasing its popularity. Megumi Murakami:

“It is very important to have a strong team because beach volleyball in Japan requires an idol. If there is a strong team, it will be seen as an important sport.”

Therefore Megumi’s and Miki’s mission is twofold: making beach volleyball popular in Japan for the Tokyo Olympics in 2020 and challenging the beach volleyball elite as the shortest team competing at that level.

Building a common vision for Tokyo 2020

Megumi Murakami and Miki Ishii won silver in the Asian Games today and bronze at the FIVB tournament in Tokyo just a few weeks ago. It was their first ever medal in an FIVB World Tour 3-star event. Mid-July they finished 5th at the Gstaad Major, upsetting a range of top teams from the U.S., Brazil and Germany. 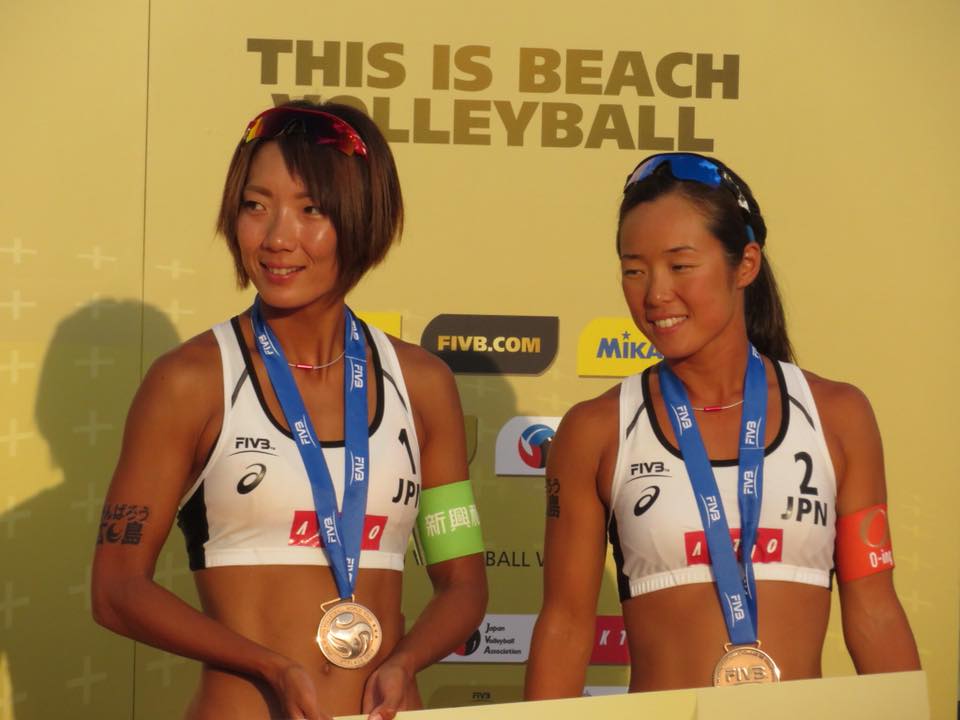 A creative approach to challenge the beach volleyball elite

Compared to international standards, Miki and Megumi are both rather short. Miki who does the blocking is 171cm (5’8″) tall, Megumi only measures 165 cm (5’5″). Nevertheless, they regularly defeat international top teams that are way taller than the Japanese, sometimes both opponents being above 1.80 (5’11). Miki and Megumi have three main strategies on how to compete with tall teams. 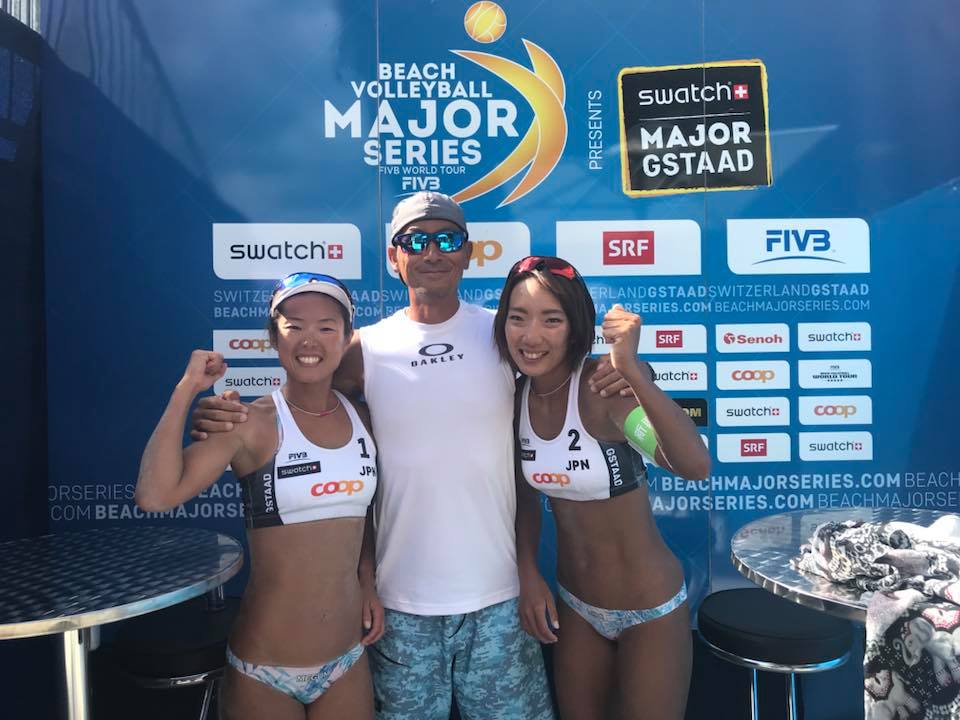 5th at the Gstaad Major 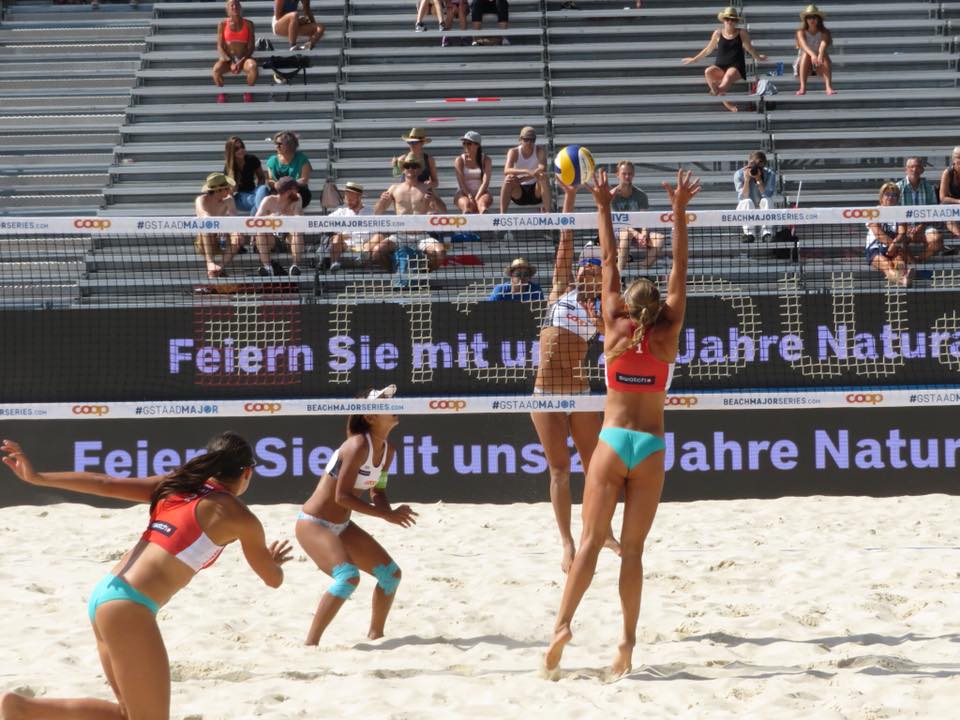 First, they always try putting pressure on their opponents with strong and precise serves. Moreover, you will see them playing quite some variations in offense, primarily using quick, sometimes long sets to avoid the block. But probably their biggest asset is the defense.

“We have to have a good control and we are always changing our positions depending on the teams we play against. We always practice many variations against taller or shorter teams.”

Both have very strong ball control and they make few to no mistakes. Top teams are usually surprised how many balls are being returned. There are no easy points against Miki and Megumi. Both are changing positions rapidly and they adjust their defense strategy based on their opposition. In a recent interview, Brandie Wilkerson commented on this creative approach to beach volleyball:

“There is so much more about the sport than being tall and hitting a ball hard. It is also about being creative and owning a style. And even your mental game and the support you have with your partner and executing a game plan make beach volleyball really interesting.” 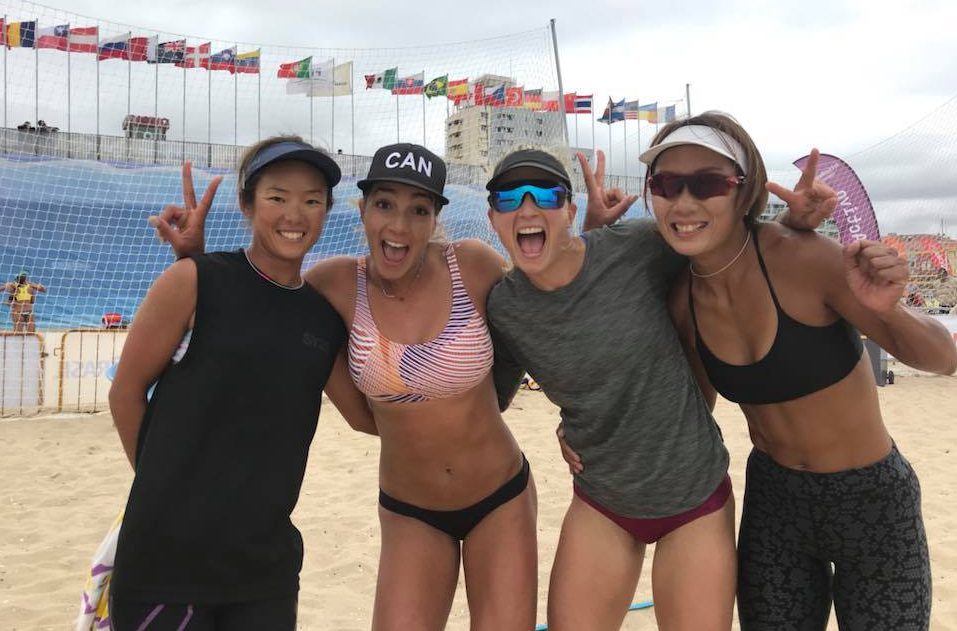 Megumi and Miki with Canadians Brandie Wilkerson and Heather Bansley

Megumi and Miki seem to have this type of chemistry. They also support each other and split the tasks off the court. While Miki does the driving, Megumi does the cooking, for example sushi. Compared to her performance on the court, Miki rather takes it easy outside of the court.

“My spike is fast but my driving is slow and cautious.”

Find out more about Miki and Megumi on Facebook.