The AVP Legend on Hyden Beach, the Wizard of Oz & his new partner

Hyden Beach as next step in a long volleyball career

The idea for Hyden Beach was born about 4 years ago when John and his family decided they wanted to move out of California with its overcrowded beach volleyball scene. He started to look for a place to settle down and create his academy. At the same time, he wanted to continue playing to prepare the move while still having an income. He finally found the land near Nashville, Tennessee to build Hyden Beach, a volleyball complex where he started to train youngsters. More and more people reached out to him and now he is even hosting tournaments with an AVP Next event coming up. The project does also cater to the typical beach volleyball vibe with fun events, barbecues, a snack bar, patio area and with night plays. 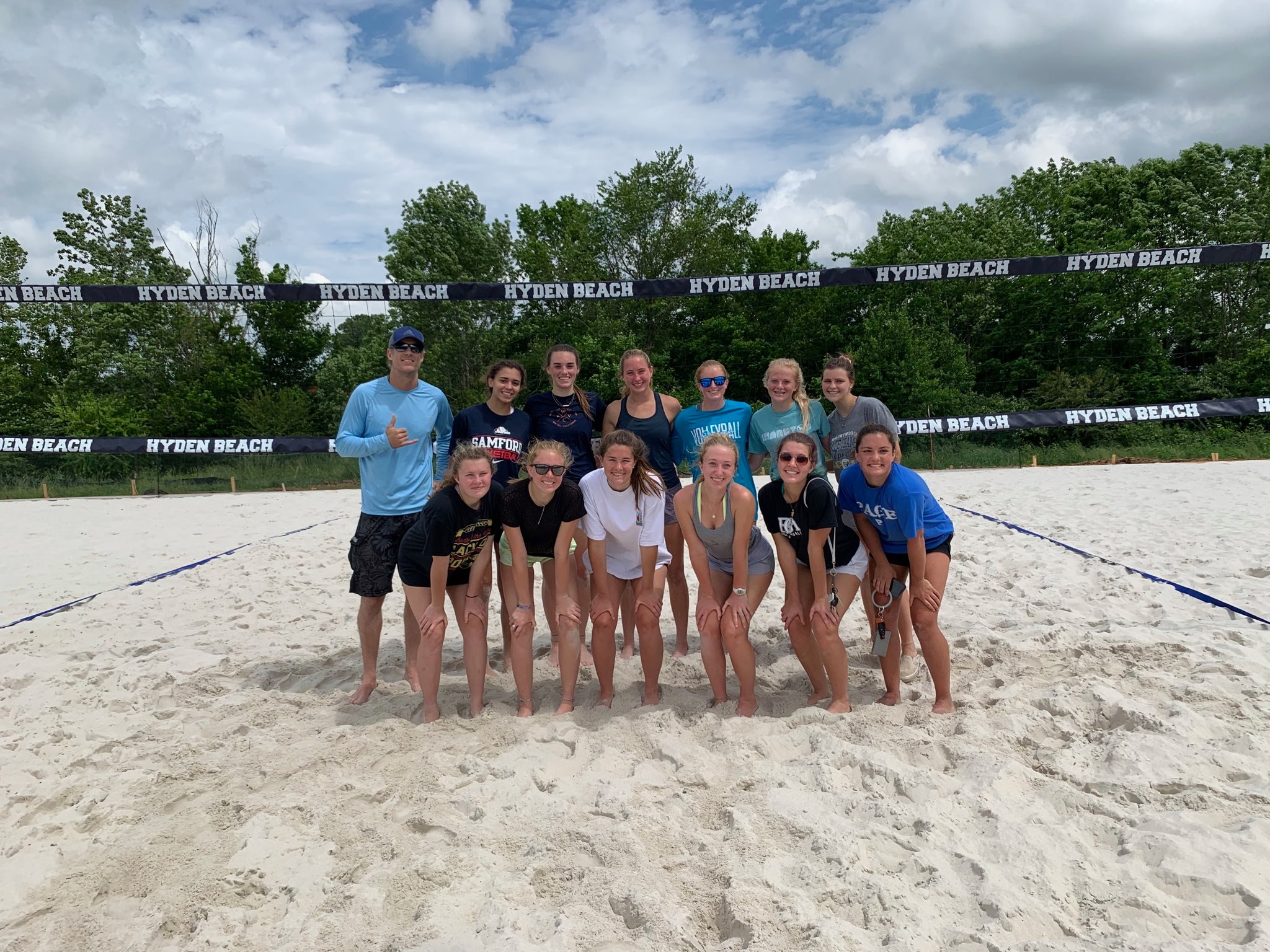 To make it happen, John has gathered a professional team around him to support him with communication, media and operations.

“Like in any good business you need to surround yourself with people who are good at their jobs. My wife is helping out on this, Kortney schedules everything and starts to run the tournaments. That way I can mainly concentrate on the volleyball. And they can set the other stuff up.“

The Wizards of Oz make it happen

John Hyden is the oldest player to ever win both an AVP and FIVB event. He won the AVP Hermosa Beach in 2018 at age 45 and the FIVB Berlin Grand Slam in 2014 with his former partner Tri Bourne. Asked how he can still perform at this level, he modestly refers to his team.

“It is surrounding myself with the best people possible. I have a couple of wizards behind the curtain and that’s my wife and my trainer who has been able to understand my body as well as I do. There are a lot of things I can’t do that I used to do 10 years ago. But she always finds a way to still hit these muscles but in a different way.”

In terms of the youngsters, John is not sure who will follow him and the other American big guns like Phil Dalhausser, Nick Lucena or Jake Gibb who will retire in the next years. Taylor Crabb is a candidate but needs a partner.

“Taylor won’t have Jake and he doesn’t have a Phil. When you have veterans like those your game will be a hundred times better. So he will have to figure something out. Tri (Bourne) and Trevor (Crabb) are playing well but not dominant. I don’t know who is going to step up in that position.” 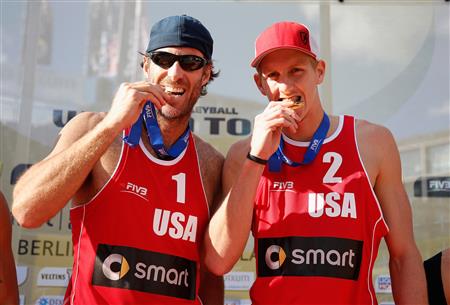 John and Tri winning in Berlin

A late transition made things tough

After a successful indoor career with two Olympics, John transitioned to the beach. In a certain way, he was following Karch Kiraly, the US volleyball icon who won Olympic gold medals in both indoor and beach volleyball.

“I grew up following Karch’s path. Karch went to two indoor Olympics and then to beach volleyball and that was my goal although he was more successful than me. For me it took a lot of work and discipline. Today a lot of guys transition to beach when they can’t make it to the top level in indoor. So they are a lot younger and a lot better. And they have more time.”

John made his AVP main draw debut in 2002 at Hermosa Beach in California.

“I didn’t start playing beach volleyball until I was 28. I never really played growing up. And it didn’t come easy. I had to learn. I didn’t have the points. You are trying to upgrade your partner every year. You just have to work your way up and pay the dues. Probably that’s why I am playing so long cos I didn’t get to start until I was 28 years old. For the first 7-8 years, I was learning something new every year.

Being in good physical shape most of the time, his major challenge was mainly the technical stuff. Beach volleyball techniques like poke shots or digging overhand. Today he thinks the transition is easier. Hand sets are not being called that often, the court is smaller and the ball different.

Fans are thrilled: Hyden teams up with Jeremy Casebeer

At almost age 48, John is now ready for his next season. The recently announced AVP Champions Cup will start in July.

“I haven’t been going hard. Going to the gym. Started my training again. Coaching in the morning, training later in the day.”

And with the new season and the new format comes a new partner. Fans will be looking forward to see John teaming up with Jeremy Casebeer. Besides the fact that Casebeer is a great player, the partnership does also have some strategic reasons.

“There are only 6 teams in the event and two from the qualifier. It’s really tough. Especially for someone my age. And at Long Beach the sand is very hard, it’s tough to play three games in the qualifier and these extra 3 matches will take its toll. Jeremy and I figured out that we can play well together and we will be one of the teams that will already be in the main draw. And with his serve, Jeremy is really strong at points scoring.” 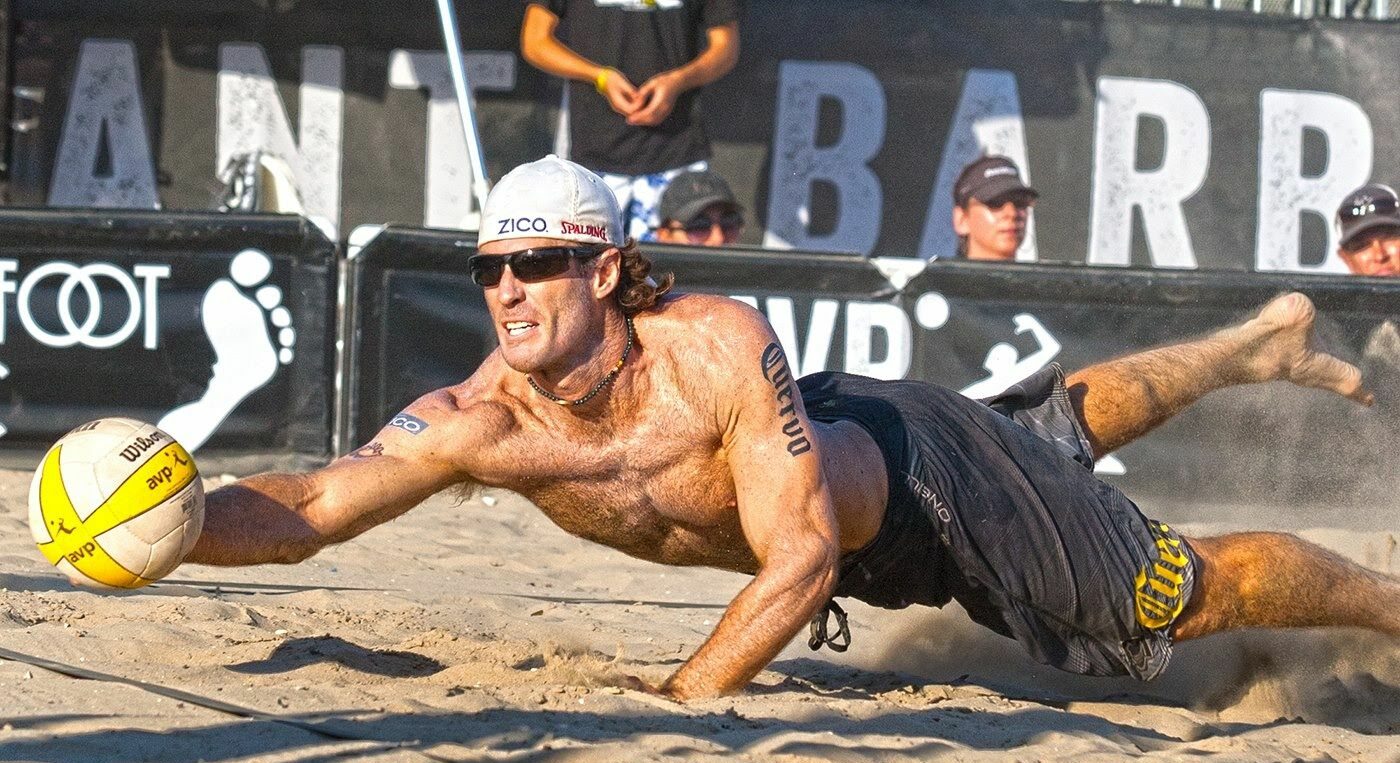 John in action at the AVP

The AVP Champions Cup will only feature three events. Not yet sure if the format will be beneficial to John.

“The format is ok. If you look at my record, I usually win tournaments at the end of the season because I am in better shape. Towards the end I feel like I have an advantage on guys even though it should be the opposite considering my age. I have an advantage since I work harder off the court. The short format might go against me since it is only 3 tournaments.”

We are already looking forward to see John playing the upcoming AVP Champions Cup that will be livestreamed on Amazon Prime.