The semifinals of the FIVB World Tour Finals matched up the world’s four best men’s teams at iconic Foro Italico in Rome. With the reigning world champions, the Hamburg silver and bronze medalists and the top team of last season’s AVP Tour, the final four proved to be the who is who of the beach volleyball elite.

In the first semifinal, German youngsters and silver medalists from the Hamburg world championships, Julius Thole and Clemens Wickler, went up against against Americans Jake Gibb and Taylor Crabb. The Germans claimed a rough first set battle by 26:24. The AVP dominators Gibb/Crabb could not recover and also lost the second which puts them in tomorrow’s third place match. Thole/Wickler will play in the final which will be a rematch of the 2019 world championships gold medal match against Russia. 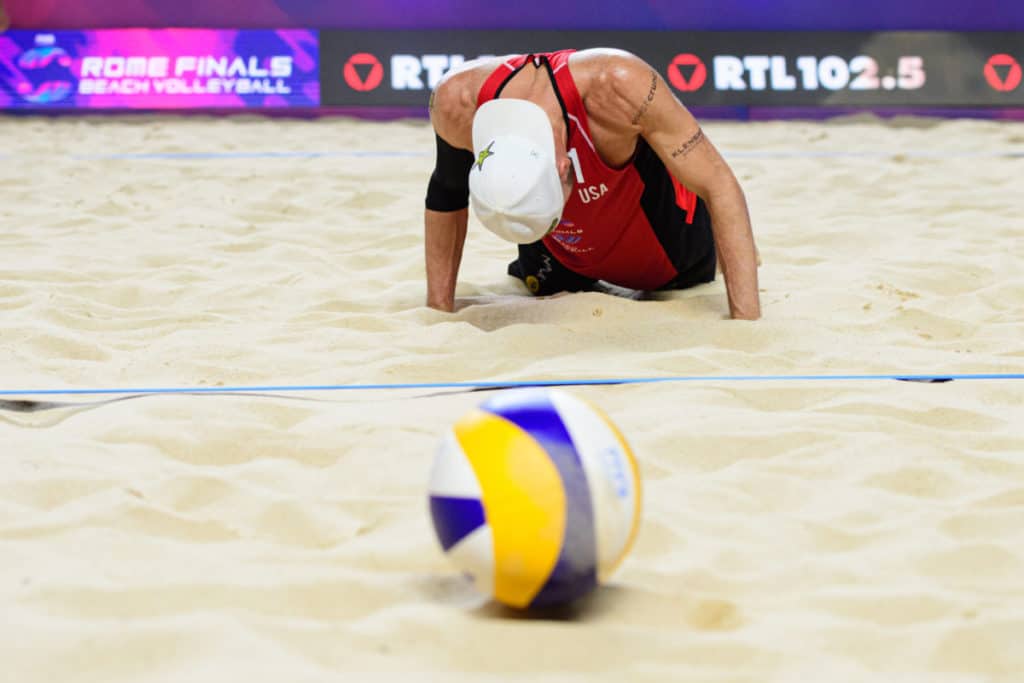 The reigning world champs Krasilnikov/Stoyanvskiy defeated Norwegian Vikings Mol/Sorum with an amazing performance in a high-class second semifinal. After losing the first set, the Russians returned in style. Oleg Stoyanvskiy’s block party in the second and third set left the Norwegians clueless. The Russians won the second set and the tie-break decisively (21:18, 18:21, 15:9). Oleg Stoyanvskiy:

“The Norwegians are the best team in the world and everybody tries to beat them. Tomorrow will again be a tough match.”

Tomorrow’s men’s final will be played at 935pm local time and will be livestreamed on Youtube.