Did you follow last week’s World Athletics Championships in Doha (Qatar)? The world’s best track and field athletes came to the rich Arab oil country to compete in the world championships. Besides some amazing performances by the athletes, the spectators saw a bizarre event. Saying spectators, I mean the ones following the event on television. The Khalifa International Stadium in Doha was mostly deserted. Except for the last weekend when a Qatari high jumper won the gold medal. Qataris are not exactly sports enthusiasts. They even missed their compatriot’s medal ceremony.

Unbearable climate conditions in the desert

Inside the stadium, a sophisticated air conditioning system provided a lab-like environment suitable for professional sports. Outside of the stadium, the athletes suffered from an incredible heat of above 40 °C. Although the marathon and racewalking competitions started around midnight, many runners suffered from the temperature of 32 °C (90 °F) with a humidity of over 70%. Many runners had to abandon the race and had to be taken care of in wheelchairs and ambulances. Overall, the event received a lot of criticism, mainly regarding the climate, the lack of atmosphere, bribery involved in the host selection and human rights violations during the construction works.

If you think Qatar hosting world championships could never happen to beach volleyball, you might be wrong. Qatar is the most advanced Arab country and has the highest per capita income in the world. In recent years, Qatar has hosted numerous prestigious sports events, amongst them the EHF World Men’s Handball Championship, the ITTF World Team Table Tennis Championships and the UCI Road Cycling World Championships. In 2022, Qatar will host its biggest event so far, the 2022 FIFA World Cup. The planet’s biggest sports event besides the Olympics. The 2020 Olympics which will soon be held in Tokyo, were actually the only bid the Qataris failed to win.

And the Qataris do volleyball as well. Doha hosted the FIVB Volleyball Men’s Club World Championship four times and the Women’s Club World Championship three times. And of course beach volleyball. Doha not only hosted FIVB World Tour (men’s only) events in 2014, 2015, 2016, 2018 and 2019. This November, they will host their first double gender event, the Doha Aspire Cup, a 1-star World Tour tournament. And Qatar doesn’t stop here. From this weekend, Doha is hosting the 2019 World Beach Games, a  global multi-sport event that was created by the ANOC (Association of National Olympic Committees) and launched in 2015. Originally, it should have been hosted by San Diego, California. But due to financial issues, it was relocated to Doha to take place from October 12 to 16. The 2019 World Beach Games are a relatively unknown event that also features beach volleyball in a bizarre 4 vs. 4 version. While most countries are not sending their top athletes, the US is competing with Taylor Crabb, Casey Patterson and others. 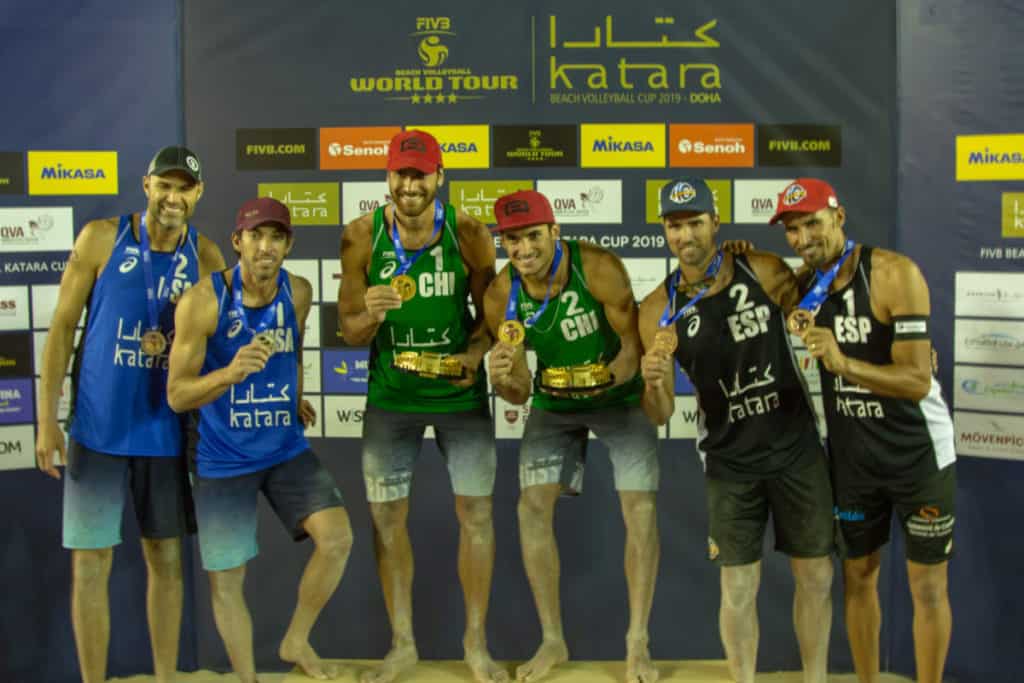 Having in mind the cancellation of this year’s Fort Lauderdale Major, it is obviously difficult to find sufficient funding in the US or other western countries for this type of events. And besides all the drawbacks, Qatar can provide exactly that – funds. The next beach volleyball world championships will take place in Rome (Italy) in 2021, with this year’s World Tour Finals having served as a test run. But who knows. With Qatar having almost unlimited financial options and being very well networked on global sports associations’ executive levels, beach volleyball might have a hard time to escape the Arab country.