Neither local heroes Ondrej Perusic/ David Schweiner nor the Ostrava crowds in the stands could stop Norwegian youngsters Anders Mol and Christian Sorum to claim gold in the third FIVB event in a row. In the gold medal match they beat the Czech surprise team in three sets to post their third consecutive gold on three different continents after winning the 4-stars at Itapema (Brazil) and Jianjiang (China). In the final, home favourites Perusic/Schweiner challenged the Norwegian youngsters consistently, especially in the first set. But after losing the first set, Mol/Sorum came back impressively. Anders Mol improved his blocking (eight blocks in total) and side out performance enormously in the second and third set so the Vikings could finally claim the win (17:21, 21:15,15:10). 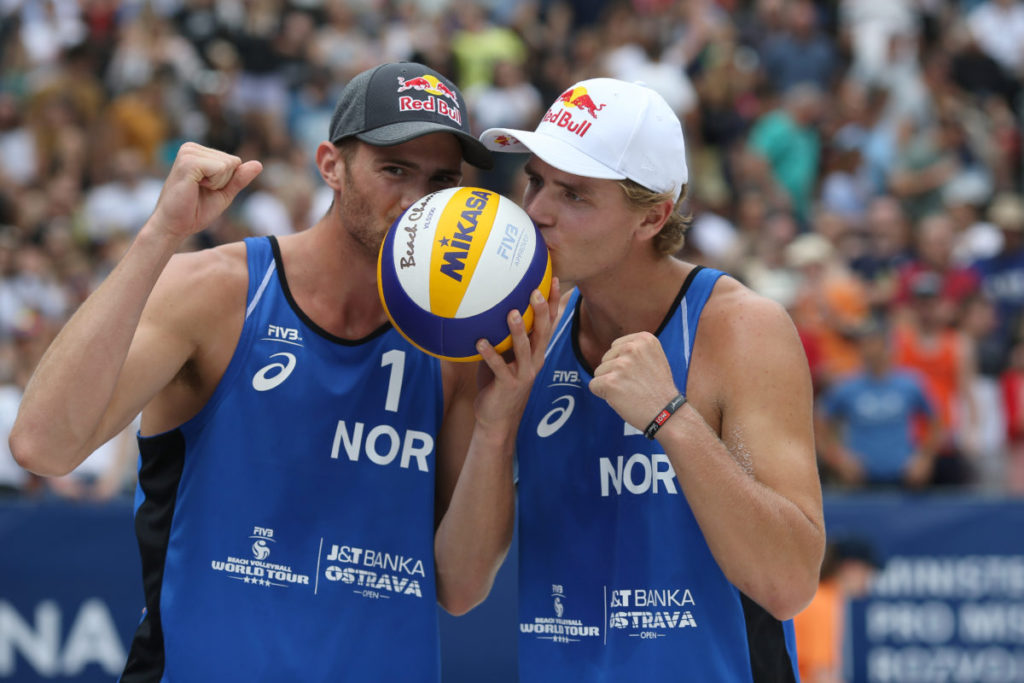 In the semis the Norwegians had beaten Russian top team Krasilnikov/Stoyanovskiy who lost the bronze medal match against Fijalek/Bryl from Poland. Anders Mol after their final win:

“It was really exhausting. We played well lately. The Czech crowd gave us lots of energy and the Czech team played strongly. I hope they can win the gold next year.”

In the women’s competition, Agatha/Duda claimed gold in an all-Brazilian final against Ana Patricia/Rebecca. The Brazilian top team and World Tour Final winners won in two straight sets (21:19, 21:17). In the semifinals they had taken revenge for last week’s loss against Jinjiang winners Kerri Walsh Jennings and Brooke Sweat (USA). The Americans who went all the way from qualification to the semifinals were defeated in the bronze medal match by reigning European champions Keizer/Meppelink (23:25, 17:21).