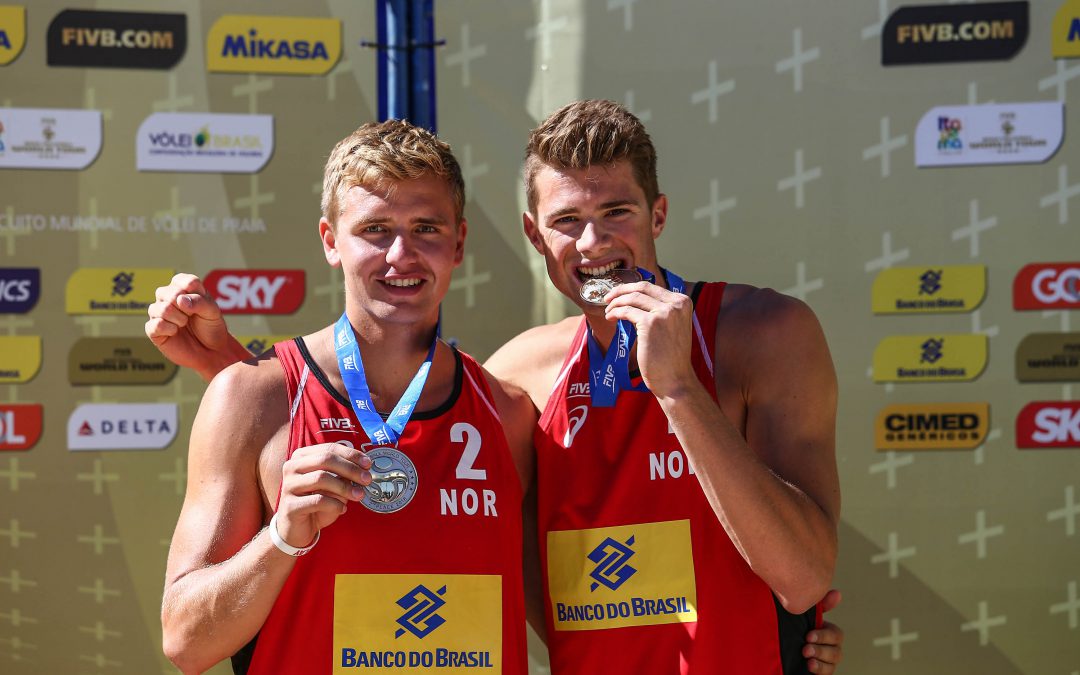 In the end, it looked like an easy win for reigning World Champions Evandro/Andre Loyola – 21:18, 21:16. But it wasn’t that easy. In the first set of the FIVB 4-star Itapema Open final, they had been constantly challenged by the young Norwegian team Christian Sandlie Sørum (22)  and Anders Berntsen Mol (20). The Norwegian newcomers took a 18:16 lead but found themselves losing 5 consecutive points and the first set.

In the semifinals, Mol/Sorum had claimed an impressive win in two sets (21:17, 21:13) over Brazilians Guto and Vitor. Against an enthusiastic Brazilian crowd, the Norwegians had held their nerves to advance to their first-ever World Tour final. Anders Mol:

“It was like two Norwegians playing against thousands of Brazilians because the fans were cheering for every point. We got into our own bubble, didn’t think about it all and just focused on our own game and what we had to do to beat them.”

Mol/Sorum had never played a World Tour gold medal match before. In 2016 though, they had claimed a 9th place at the Klagenfurt Major Series event. The youngsters are members of the Beachvolley Vikings, a Norwegian elite beach volleyball team with the common goal to win a medal in the 2020 Olympic Games in Tokyo. Despite losing the Itapema final, Mol/Sorum were grateful for the experience:

“It was a huge experience for us to go through it here in Brazil. I wish we had played a little bit better in the final, but playing in a gold medal match in a four or five-star was our main goal for the year and we accomplished it. We know that whenever it happens again, we’ll be better prepared.”