What an amazing comeback for Tri Bourne at the world championships after his long sick leave. In the rain of Hamburg, he and his friend Trevor Crabb took down reigning world champion Andre and his partner George to reach the final four. In a three-set nailbiter the Americans prevailed after defying three Brazilian match points at 11:14 in the tie-break to secure the spot in tonight’s semifinal (16:21, 21:15, 17:15). There they will face Russian top team Krasilnikov/ Stoyanovskiy who have performed very strongly so far. In their quarterfinal, they beat Italians Enrico Rossi and Adrian “Mr. Skyball” Carambula in two sets (21:16, 21:16). Trevor Crabb regarding the way forward:

“We’re always ready for a third set when pressure is on. This is certainly our biggest win as a team, but we’re not done yet.”

In the second quarterfinal of the day, Norwegians Vikings Anders Mol and Christian Sorum destroyed Italian top team Nicolai/Lupo with a flawless performance (21:13, 21:11). A high pass accuracy and 90% side-out percentage didn’t leave any questions open. Although being three-time European champions, current Olympic silver medalists and probably the best Italian beach volleyball of all times, Nicolai/ Lupo found themselves in a pitiful situation against the Norwegian youngsters. Mol/ Sorum advance to the semifinals without having dropped a single set so far.

In the semifinals they will face German young guns Julius Thole and Clemens Wickler. The home town boys defeated US oldies Phil Dalhausser and Nick Lucena in convincing manner (21:18, 21:17). With eight blocks, Julius Thole set up another blocking clinic. For the third consecutive match, he produced a blocking hattrick in the second set with three blocks in a row, this time against Nick Lucena. Too many errors, low pass accuracy and a foot fault by Nick Lucena ended all dreams for the Americans. Just as in last year’s World Tour Finals where they ranked fourth, the German youngsters took full advantage of the massive support in the stands. 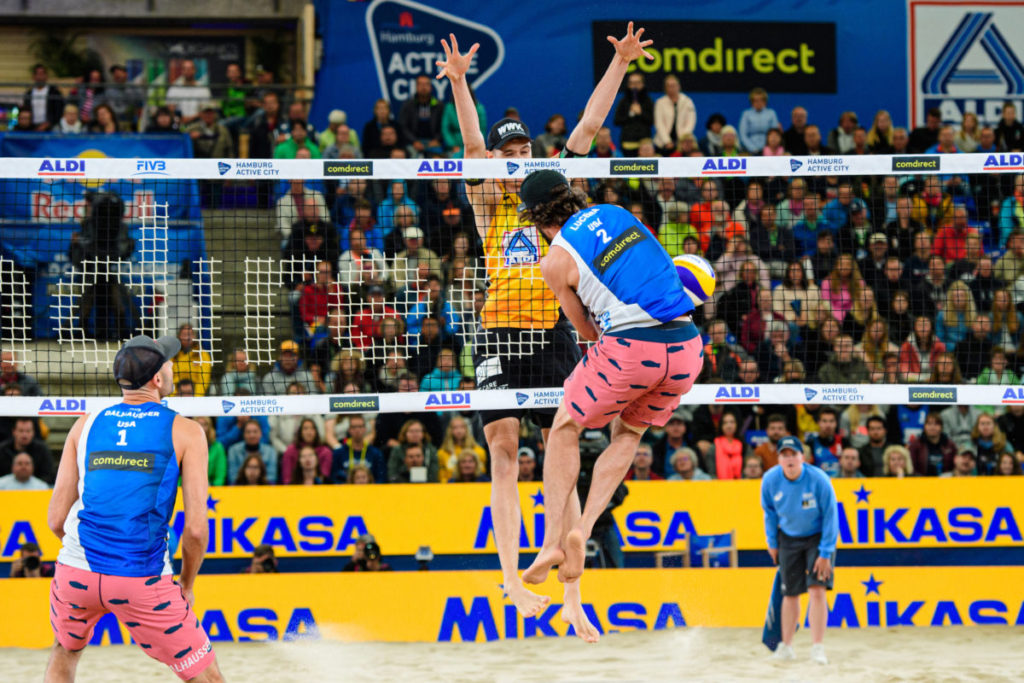 “We played the last three matches as we have never played before. The crowd is amazing…Phil is an amazing sportsman and he wished us all the best.”