After winning last week’s Moscow 4-star, Latvians Aleksandrs Samoilovs and Janis Smedins did also claim the gold at home sand in Jurmala. At the FIVB 3-star near Latvia’s capital Riga, the local heroes beat Estonian neighbors Kusti Nõlvak/Mart Tiisaar in straight sets. In a close first set, the Estonians were in the lead at 20:17 and had set point but managed to lose the set by 21:23. In the second, the match was tied until the technical timeout before Samoilovs/Smedins took the lead to win the second set convincingly (23:21, 21:14). Bronze went to Dziadkou/Piatrushka from Belarus who defeated Germany’s Armin Dollinger/Eric Stadie in the bronze medal match. Lion King Samoilovs after the final:

“It was a tough match. The crowd really helped us. We struggled in the first set but they kept pushing us forward.”

Both the Estonians and Belorussians had eliminated the two remaining US teams in the quarterfinals. While Dziadkou/Piatrushka took down Casey Patterson/Chase Budinger in three-set thriller (19:21, 21:16, 15:13), the Estonians defeated Stafford Slick and Billy Allen who had knocked out top-seeded Martins Plavins/Edgars Tocs (Latvia) in the round of 16. Mart Tiisaar:

“This is the first time ever for us in a 3-Star and especially in front of the ‘almost’ home crowd, so it feels amazing.” 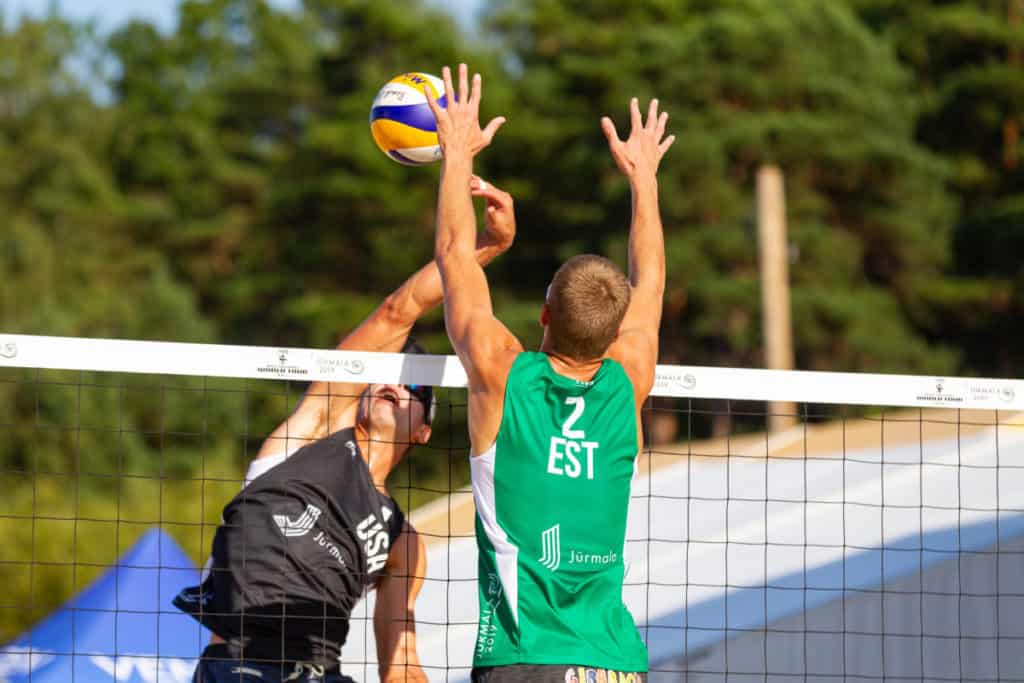