Norwegian dominators are back – A-Team claims gold at Itapema

Norwegian Vikings Anders Mol and Christian Sorum are back in full strength. At the FIVB 4-star Itapema (Brazil), they posted another final win against their favorite opponents Grzegorz Fijalek/Michal Bryl from Poland (21:19, 28:26).  For the youngsters it was their next gold medal after dominating last season’s World Tour with wins in the Gstaad and Vienna Majors as well as the World Tour Finals. Anders Mol after the final:

“It was so close. The Polish guys played really well. It was harder than ever before. We have been playing against them in four finals in a row, it is just unbelievable.”

In the semifinal the Vikings had beaten the second Polish top team Kantor/Losiak in a high-class three-set match. The all-European podium was completed by Dutch team Varenhorst/van de Velde who claimed bronze after Bartosz Losiak couldn’t recover from an ankle injury for the bronze medal match. 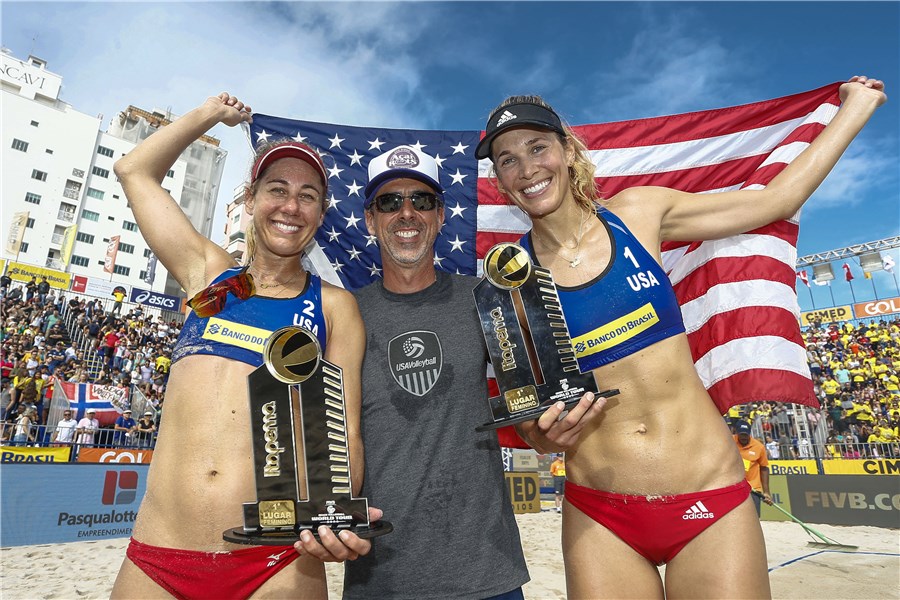 On the women’s side “A-Team” April Ross and Alix Klineman (USA) beat Canadians Sarah Pavan/Melissa Humana-Paredes in a rematch of the AVP Huntington Beach final. In an intense three-set match the Americans could again claim gold in front of a packed centre court (25:23, 18:21, 15:10). Klineman/Ross had collected two other World Tour four-star gold medals before when winning in the Hague and Yangzhou in 2018. In the semifinals, Sarah Pavan/Melissa Humana-Paredes had defeated their compatriots Heather Bansley/Brandie Wilkerson in three sets (10:21, 21:16, 15:5). Heather and Brandie finally claimed bronze against Netherlands’ Marleen van Iersel/Joy Stubbe to win their second consecutive bronze medal in Itapema. Brandie Wilkerson:

“Itapema is very special to us. Last year was a battle as well against Brazil. We are happy to have another magic medal.”