Tina Graudina and Anastasija Kravcenoka did also win their third out of three matches and top Pool B after beating Germany’s Koertzinger/Schneider. In their first appearance on the Hamburg Rothenbaum center court, the Latvian youngsters showed a consistent performance and won in straight sets. By winning all three matches in their pool, the Latvians took advantage of the pool constellation. After the withdrawal of Czech top team and second-seeded Marketa Slukova and Barbora Hermannova, Graudina/ Kravcenoka had dominated Pool B and also defeated teams from Austria and Poland in their first two matches. As Pool B winners, they will now advance to the elimination round as number two seeds. Thus they might be able to avoid the top teams in the upcoming round of 32. Tina Graudina who is studying at University of Southern California (USC) and has been extremely successful in American collegiate beach volleyball was all smiles after their win:

“We did not expect that. I am smiling when I go to sleep in Hamburg because this tournament is amazing. Representing Latvia is some pressure but it is fun because we are still the youngsters.”

In a later match on Rothenbaum center court, American beach volleyball legend Kerri Walsh and her partner Brooke Sweat went up against Australian top team and Warsaw winners Taliqua Clancy and Mariafe Artacho to secure second rank in their pool. The interesting encounter showed some major limitations in the Americans’ game. While Kerri Walsh dropped off the net in too many occasions, Brooke Sweat came up with several unsuccessful attempts to return the first ball. Moreover, she was the target of the Australian serves and missed to return several aces either because of bad judgement or simply for being too slow. In general she doesn’t look to be in great physical shape considering the importance of the event. With a strong Taliqua Clancy, the Aussies managed to score seven aces. After wining the first set, Clancy came up with a service winner at 19:20 in the second which finally lead to a two-set victory for Australia. Taliqua Clancy in the interview with Dain Blanton regarding her serve:

“It is the World Champs so you have to pick the moments.” 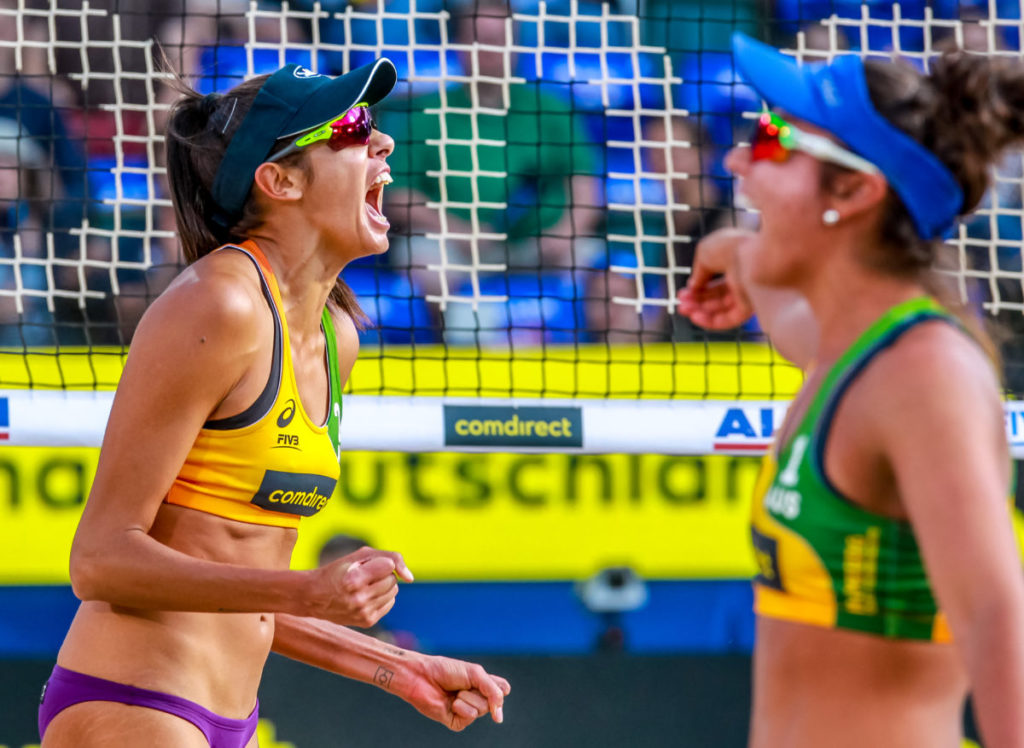 In the best women’s match of the tournament so far, strong German top team Julia Sude and Karla Borger defeated A-Team Klineman/Ross in a three-set thriller to top Pool E. Borger/Sude already looked like the winners in the second set but the Americans returned in style to force a tie-break. Several breath-taking rallys, numerous aces from Julia Sude and spectacular defense from Karla Borger decided the tie-break for the Germans. Karla Borger being asked if this was the best defense she has ever played:

“I think I read them pretty well and I felt on fire. We felt really good today.” 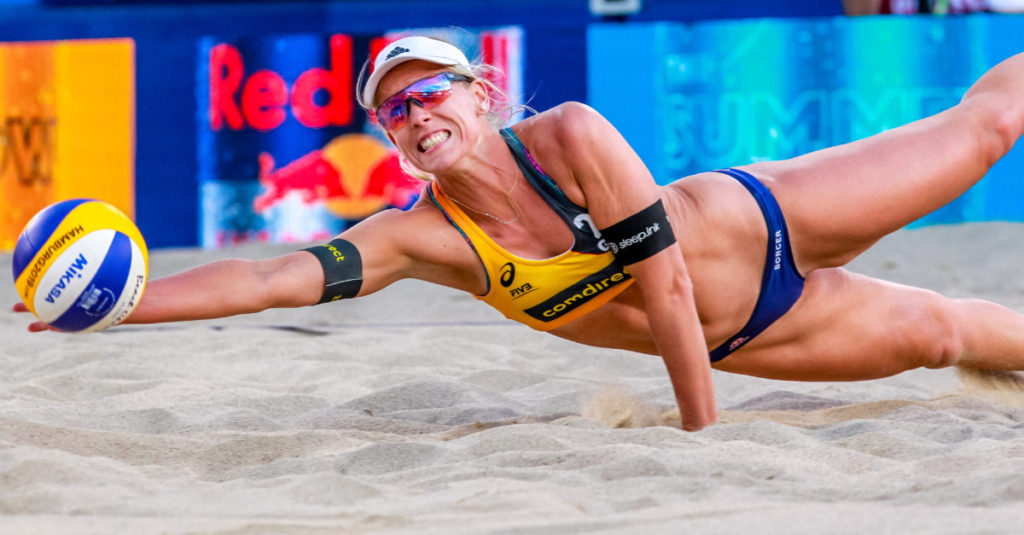