The evening matches on center court at Hamburg Rothenbaum didn’t go very well for the Olympic champions involved. In the last match of the day, Germans Laura Ludwig and Maggie Kozuch lost to Brazilian top team Carol/ Maria Antonelli. The Germans started strong in the first set but couldn’t stop the Brazilians who stepped up their game in the second and third set. The Brazilians finally beat the Germans in three sets (13:21, 21:13, 15:11). 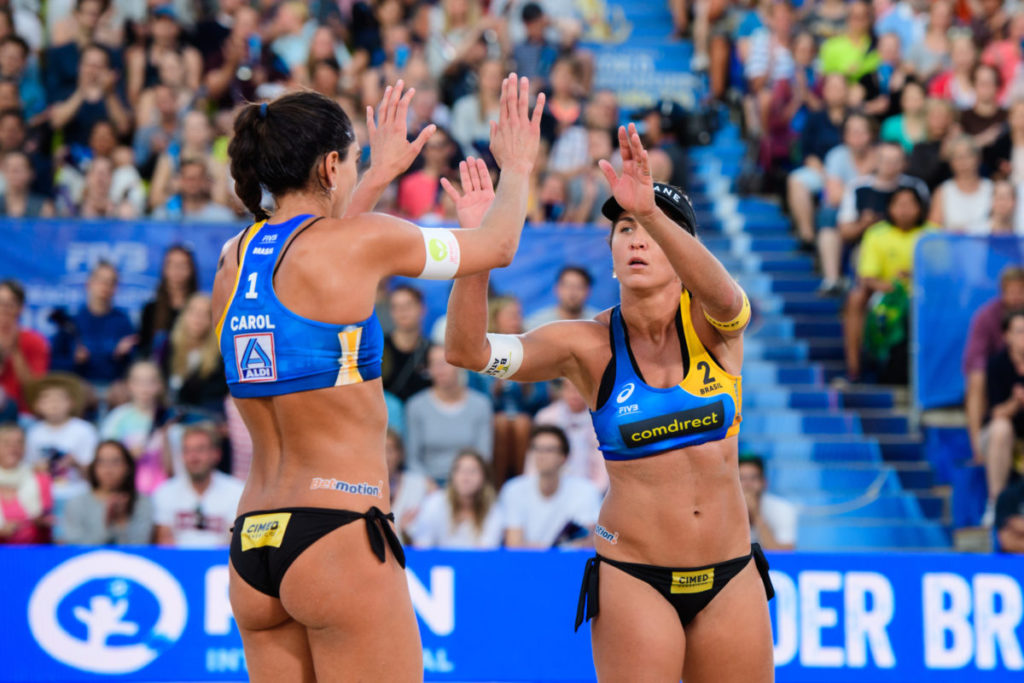 Before US oldies Dalhausser/Lucena were defeated by strong Canadians O’Gorman/ Saxton. 2008 Beijing Olympic champion Phil Dalhausser and his partner Nick Lucena were part of one of the first major upsets of the 2019 World Championships in Hamburg. After many unforced errors in the first set and an early Canadian lead in the second, the Americans fought back and tied the second set at 19:19. But a successful side-out for O’Gorman and a missed hit by Lucena finished the match in straight sets. Phil Dalhausser:

“You can’t have a bad day on this tournament or you will lose. We just need to learn from it and we can’t come out flat like that. The good thing is that we still control our faith, so that’s all we’ll focus on.”

The other US men’s teams showed consistent performances and posted important wins against Russian teams. While Gibb/Taylor Crabb beat Hudyakov/Velichko in two sets, Allen/Slick defeated fifth-seeded Semenov/Leshukov in a three-set thriller. On the women’s side, the US teams claimed wins against some low-seeded opponents. Kerri Walsh and Brooke Sweat beat Maita/Letendrie from Mauritius in a one-sided match for the record books (21:2, 21:2). Sponcil/Claes and Larsen/Stockman defeated teams from Colombia and Nicaragua. In the afternoon heat on center court, “A-Team” Alix Klineman/April Ross took an important step to top their pool by beating Xue/Wang from China.

Day 3 of the Hamburg 2019 World Championships had started with strong performances by the Dutch women’s teams in the morning. Marleen van Iersel and Joy Stubbe who had beaten three-time Olympic champion Kerri Walsh and Brooke Sweat in their first match did also win their second match. Against number-7 seeds and Warsaw winners Mariafe Artacho/ Taliqua Clancy (Australia), the Dutch duo did continue where they left on Friday and won in two sets (21:19, 24:22). Even an Australian lead during the entire second set didn’t hold them back. The Aussies had three set points at 20:17. But one missed serve from Clancy and two Dutch aces equalized at 20:20 with Stubbe/van Iersel finally winning the set 24:22. 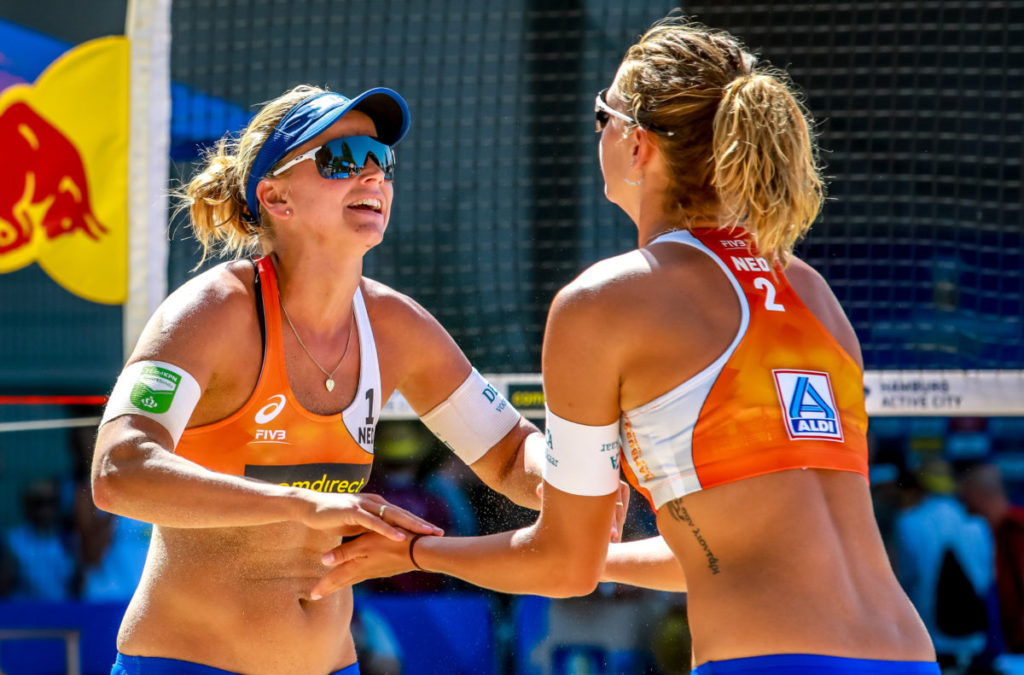