The final phase of the FIVB Tokyo Olympic Qualification Tournament in Haiyang (China) turned out to be an all-European affair. With the US not sending any teams, Brazil not sending their strongest teams and Canadian teams being eliminated early, all eight teams in the final round were European.

On the men’s side, Latvians Martins Plavins and Edgar Tocs had a huge comeback in their final match against Ilya Leshukov and Konstantin Semenov. Against the Russians who had won six of their seven matches throughout the tournament, the Latvians lost the first set 12:21 and were down three points in the second. Stepping up their game and targeting Semenov who showed some weaknesses, they managed to win the second set and finally the tie-break decisively (12:21, 22:20, 15:8). The win secures Latvia a spot in the men’s competition of the Tokyo 2020 Olympic Games. Russia had secured one spot by Krasilnikov/ Stoyanovskiy winning the 2019 World Championships in Hamburg. 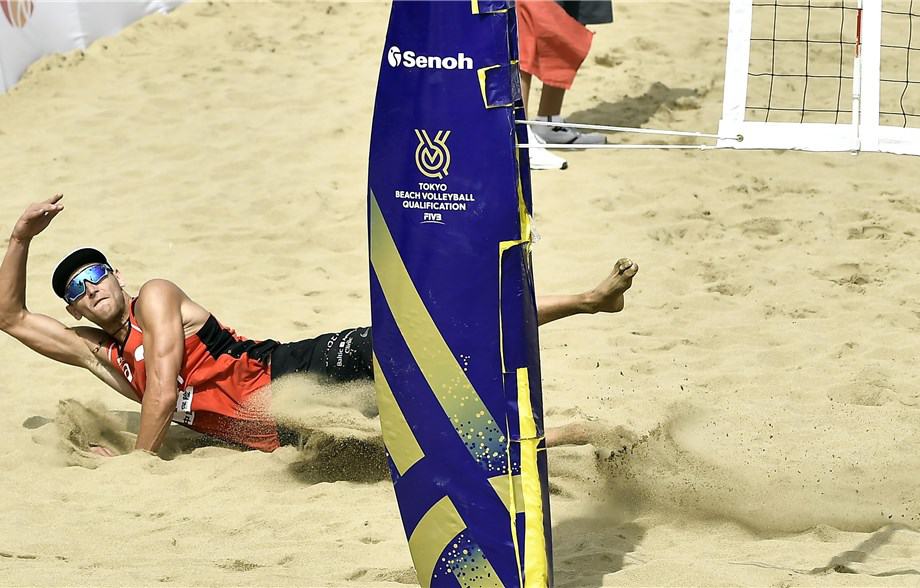 In the second men’s final, Rio 2016 Olympic silver medalists Daniele Lupo and Paolo Nicolai of Italy defeated Rio bronze medalists Alexander Brouwer and Robert Meeuwsen (Netherlands). The Italians showed a consistent performance with strong side-out and numerous big blocks from Paolo Nicolai. The Dutch got themselves into trouble with too many missed serves. For the Italians who had advanced to the finals although losing two matches in the previous group stage, Tokyo 2020 will be their third consecutive Olympic Games. Paolo after the final win:

“It was a different kind of tournament, very long. We are really proud of what we did and I think we deserved it after this season. It’s great to qualify that early.”

On the women’s side, Latvia secured another Tokyo 2020 spot. Newly-crowned European champions Tina Graudina and Anastasija Kravcenoka took down Czech team Barbora Hermannova and Marketa Slukova in the final to become Latvia’s first ever women’s team to qualify for the Olympic Games. In the tie-break, the Latvian youngsters recovered from an 8:12 deficit to win the set in extended points (21:17, 15:21, 17:15). 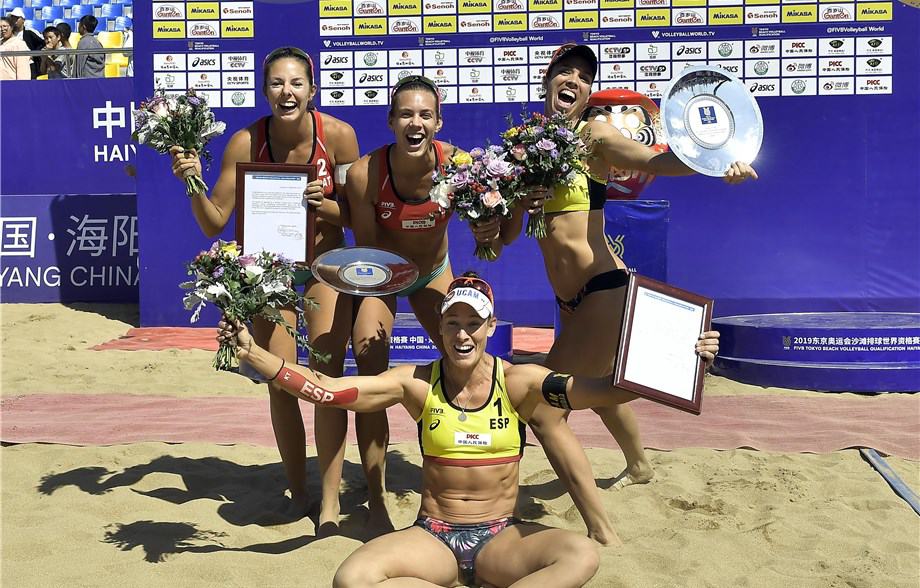 Latvians and Spaniards celebrating together

In the other women’s final, Elsa and Liliana of Spain who won all three matches in their pool defeated Germany’s Sandra Ittlinger/Chantal Laboureur in another three-set match that lasted for one hour (18:21, 21:17, 15:10). The Spaniards won six out of eight matches throughout the tournament, including the last five.