A-Team Alix Klineman and April Ross claimed their first Major gold as a team in Gstaad (Switzerland). After winning silver in last week’s world championships, the Americans beat Carol /Maria Antonelli in the Gstaad gold medal match. Losing the first set to the Brazilians, the A-Team recovered in style to win the second and third set. Before they had beaten home favorites Hüberli/Betschart from Switzerland in the semifinal. Coming back from 11:18 to win 22:20 in the first set, Klineman/Ross posted a two-set win against the young Swiss team. Besides silver Brazil also claimed bronze with Ana Patricia/Rebecca defeating the Swiss in the bronze medal match. 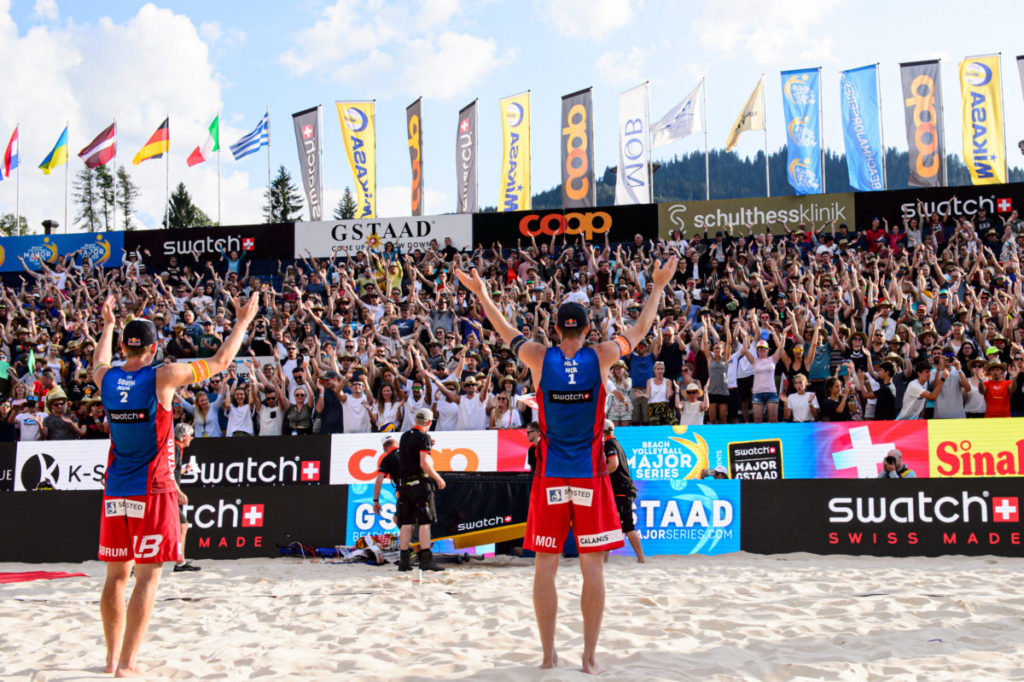 In the men’s competition, Vikings Anders Mol and Christian Sorum could smile again in Gstaad after last week’s disappointing third place in the Hamburg World Championships. In the final, the young Norwegians presented themselves stronger than ever before and beat Dutchmen Alex Brouwer and Robert Meeuwsen decisively (21:17, 21:15) to win their second consecutive Gstaad Major title. In the semifinals they had taken revenge for their Warsaw final defeat against Brazilian world and Olympic champion Evandro and Bruno Schmidt (21:18, 21:14). The Warsaw final winners claimed bronze against Lupo/Nicolai from Italy. Anders Mol:

“I’m really proud of how we performed this week, how we managed to recover from the world championships in such a good way.”