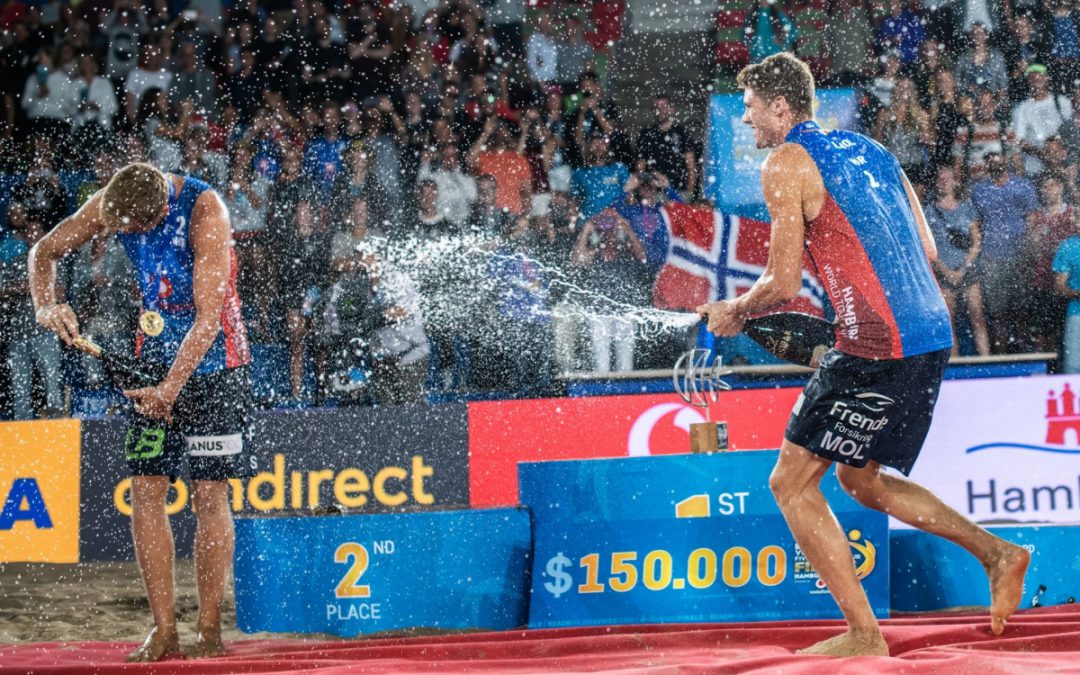 The 2019 World Tour Finals in Rome will gather the planet’s best beach volleyball teams on the men’s and women’s side. The US$ 600,000 event will take place at the Foro Italico sports complex from September 4-8, 2019. It is the same site where all previous five FIVB World Tour events in Rome took place.

In contrast to the previous editions of the World Tour Finals, the Rome event will be played in a regular 5-star event format with 32 teams featured in the main draw. The event will also be part of the Olympic qualification process towards Tokyo 2020 with the winner earning 600 points.  Prior to Wednesday’s qualifiers, country quota matches will take place on Tuesday afternoon for Austrian, Brazilian, Italian and US teams. Main draw starts on September 5, quarterfinals and semifinals will be played on September 7 and the finals on September 8.

In the men’s competition, all top teams from Europe, the US and Brazil will be participating. Norwegian Vikings Anders Mol and Christian Sorum are the defending champions and probably the top favorites while Russian world champions Krasilnikov/ Stoyanovskiy have been struggling recently. 2017 champions Phil Dalhausser and Nick Lucena (USA) are seeded 7th, last weekend’s AVP Chicago winners Jake Gibb and Taylor Crabb are seeded 17th. Jake Gibb after the Chicago final:

“We are looking forward to Rome now. The Rome event site feels like a gladiator pit.”

On the women’s side, top-seeds are Canadian world champions Humana-Paredes/ Pavan and America’s A-Team Alix Klineman/ April Ross who already battled it out in the Hamburg world champs and the AVP Manhattan Beach finals. After losing the aformentioned matches to Canada, the A-Team took revenge last weekend and defeated the world champions in the AVP Chicago Gold Series Championships. Following the two top teams are Aussies Artacho/Clancy and the strong Brazilian teams. In Tuesday’s US country quota playoff Flint/ Day will face Sweat/Walsh Jennings.

Find the full entry list on the FIVB event page.