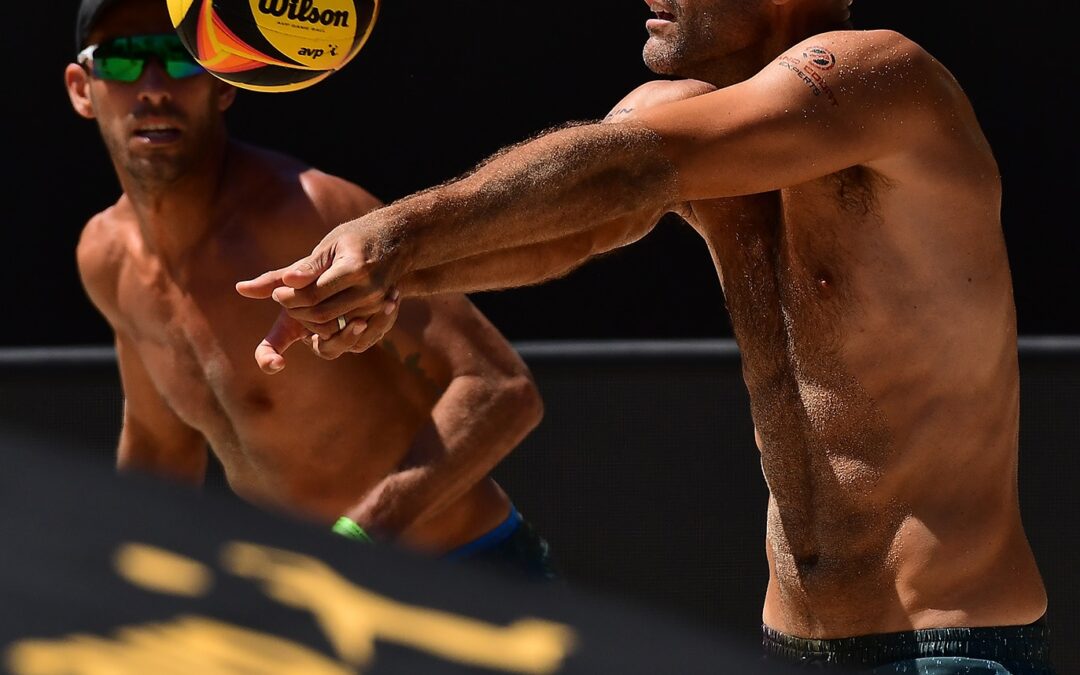 The Porsche Cup is the third and final event of the AVP Champions Cup Series. In addition to the US$200k prize purse of the Porsche Cup, there is a US$50k bonus purse per gender for the Champions Cup. The main draw will again feature eight teams per gender, six auto entries and two qualifiers.

After the top seeds won the first two events, they have the best chances to also claim the Champions Cup title. This will be the case if A-Team Alix Klineman/April Ross or Phil Dalhausser/ Nick Lucena finish 4th or better in the Porsche Cup. This seems to be quite a safe bet. The men’s main draw will exactly have the same teams as in the Wilson Cup. On the women’s side, Lauren Fendrick and Emily Day return to the main draw replacing Jones/Callahan.

In Friday’s qualifiers, last week’s main draw teams Loomis/Partain and Evans/Santos are seeded number 2 and 3. While Loomis/Partain will play the winner of volleyball Olympic gold medalist Reid Priddy with his partner David Lee vs. Brunsting/Frishman, Brazilian Olympic champion Ricardo Santos and his partner will go up against the winner of Doherty/Drost vs. Benesh/Beranek. In last week’s qualifier Evans/Santos fought an epic battle against Benesh/Beranek to advance and finally make it into the main draw (17:21, 21:17, 18:16).

Since no fans can attend the event, all main draw action will be livestreamed on Amazon Prime Video. NBCSN will show some selected matches. The Porsche Cup will finally close the 2020 AVP season.