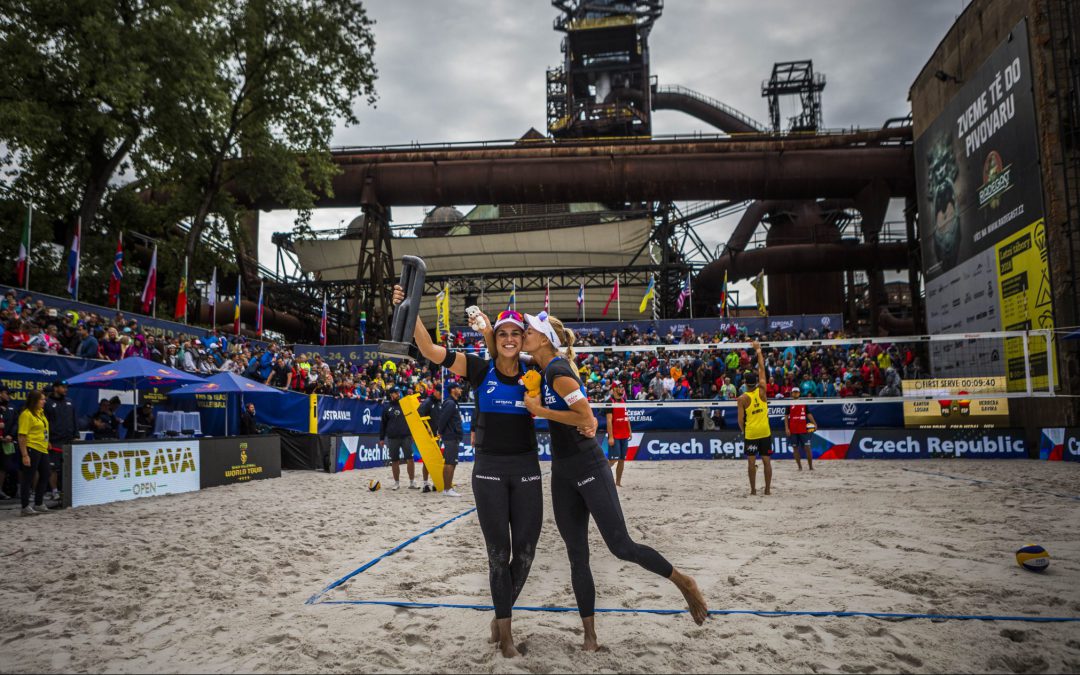 Calendar
When:
May 29, 2019 – June 2, 2019 all-day
2019-05-29T00:00:00+02:00
2019-06-03T00:00:00+02:00
FIVB WORLD TOUR 4 STAR
2018/2019
The FIVB World Tour returns to Ostrava (Czech Republic) with a US$300,000 4-star event. Qualification will be played from Wednesday, pool play kicks off on Thursday followed by elimination rounds on Friday. The medal matches in the men’s and women’s competition will take place on Sunday.
Defending champions on the women’s side are local heroes Barbora Hermannova/Marketa Slukova. They will be challenged by several Brazilian top teams such as Agatha/Duda and Ana Patricia/Rebecca, both reaching the final four at last week’s Jinjiang event. Jinjiang gold medalists Walsh Jennings/Sweat (USA) will also be competing as well as USA’s “A-Team” Klineman/Ross and Summer Ross/Sara Hughes. The field will be completed by Candian top teams Pavan/Humana-Paredes and Bansley/Wilkerson who missed the event in China.
For the men, Gavira/Herrera from Spain will try to defend last year’s title. Silver medalists Kantor/Losiak had to withdraw their participation but the second Polish top team Fijalek/Bryl will compete. With Mol/Sorum (Norway), Evandro/Bruno and Andre/George (both Brazil), all teams who made the podium at Jinjiang will compete. For the USA, four men’s teams are in the field, amongst them Tri Bourne and Trevor Crabb who reached the semifinal at Jinjiang.
Check out the full entry list here.
Please follow and like us: