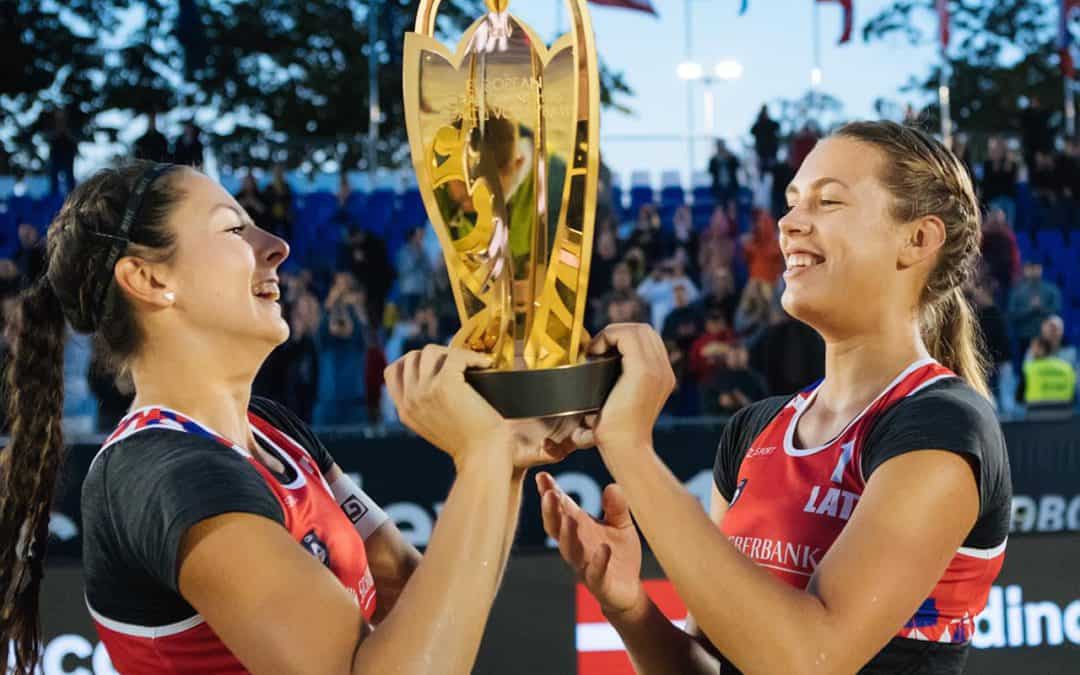 It will be a major highlight of the season. After the Olympics and the Beach Major Series have been cancelled, the CEV European Championship in Jurmala (Latvia) is the most important event of the 2020 season, at least in Europe. From September 16-20, the European beach volleyball elite will return to Majori beach near Riga, Lavia’s capital. The beautiful seaside resort already hosted the continental championships in the summer of 2017. Last August, Jurmala hosted an FIVB 3-star event.

“I am very happy with this news. It is awesome that the defence of the title will take place at home. I suppose Latvian sports fans are also happy to welcome the European Championship in Jurmala, especially at this time, when sports events are a rarity.”

32 teams per gender will fight for the European title and a prize purse of € 100.000 per gender The CEV has not yet announced details regarding the admittance of audience or the hygiene concept. The stadium capacity has been detailed with 5000 seats.