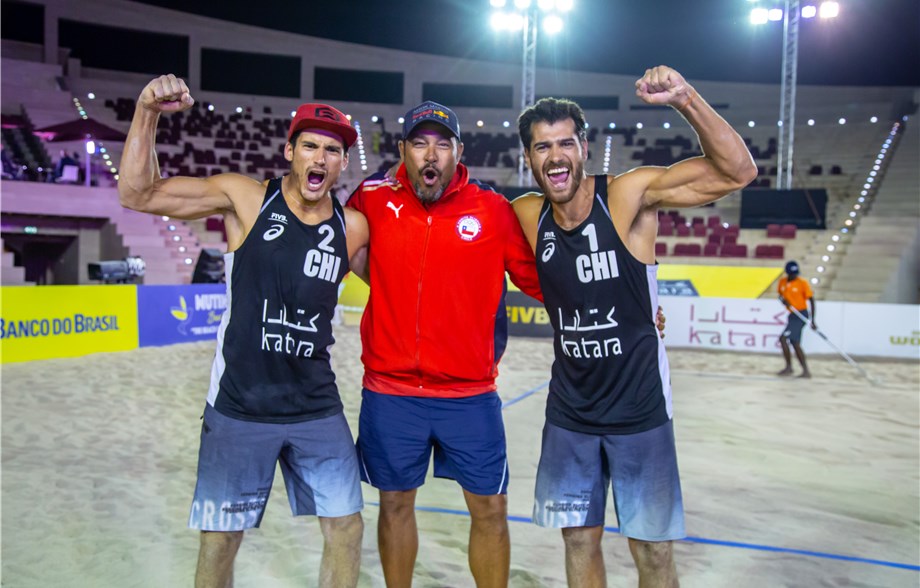 After several important World Tour stops have recently been cancelled or postponed due to the coronavirus, the Doha 4-star is a major event in the Olympic qualification process towards Tokyo 2020. The men-only event will run from March 9-13 at Katara Cultural Village in Doha (Qatar). Being the second 4-Star tournament this season, the gold medalists will receive 800 ranking points.

Last year’s gold medalists Marco and Esteban Grimalt (Chile) will try to defend their title after they won the 2019 final against US legends Phil Dalhausser and Nick Lucena. The US oldies will compete along with further US teams, amongst them Chetumal winners Jake Gibb and Taylor Crabb as well as Hamburg World Championship semifinalists Tri Bourne and Trevor Crabb. In two pre-event country-quota matches, Billy Allen and Stafford Slick prevailed over Schalk/Budinger and Brunner/Evans to secure a spot in the qualifiers.
Topping the field are Russian world champions Oleg Stoyanovskiy and Viacheslav Krasilnikov who claimed last season’s titles at the Hamburg World Championships and the Rome World Tour Finals. They are followed by Brazilian Olympic champions Alison and his partner Alvaro Filho and 2013 world champions Brouwer/Meeuwsen (Netherlands) won also won Doha gold in 2018. The entry list is filled with further international top teams such as Olympic silver medalistst Lupo/Nicolai of Italy, Brazil’s Evandro/Bruno Schmidt and Polish top team Fijalek/Bryl.
Main draw starts on March 10 with quarterfinals and semifinals being played on March 12. The medal matches are scheduled for March 13.
Find the entire entry list and the event schedule on the official FIVB event page.
Please follow and like us: