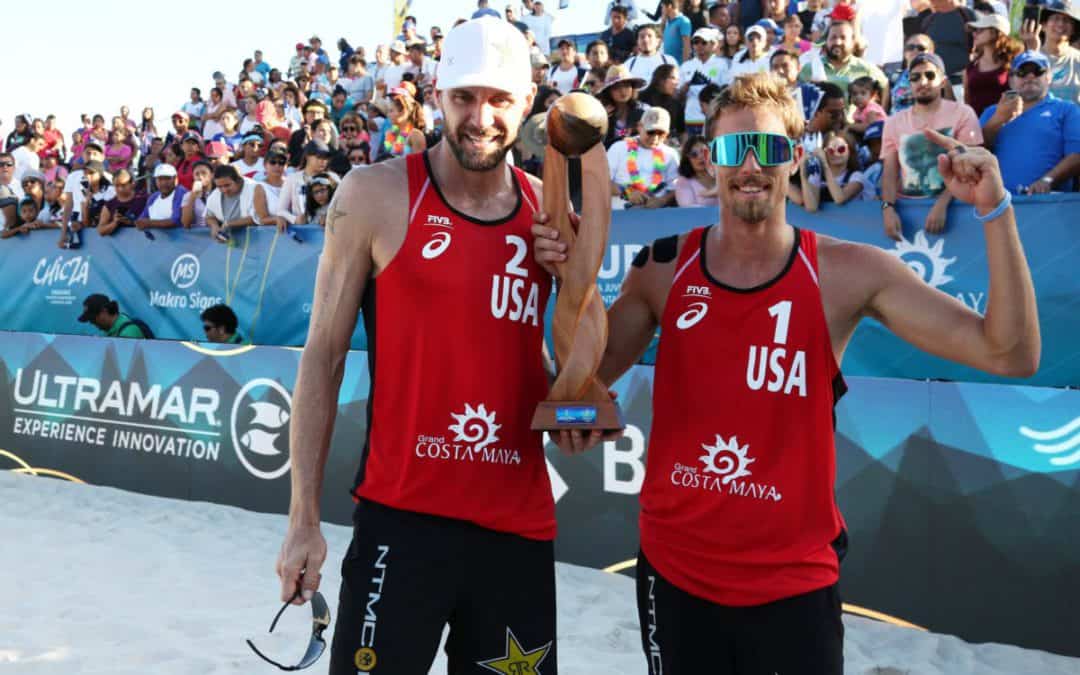 This event is the first of three events to take place in Cancun (Mexico) in April. The event series with a total prize money of US$900,000 will be the major milestone in the Olympic qualification process towards Tokyo 2021 that will start end of July. That’s why the event is expected to gather the entire beach volleyball world elite for three weeks in Cancun. The Yucatan Peninsula has hosted several FIVB World Tour events, the last one being a 4-star event at Chetumal in November 2019 where Americans Jake Gibb and Taylor Crabb won their first ever FIVB gold.

After he missed out on the Doha 4-star event due to hip issues, Norwegian Viking Anders Mol is back with his partner Christian Sorum as top-seeded team. The Beachvolleyvikings are the number one team in both the FIVB World Ranking and the Provisional Olympic Ranking. In Cancun, they will be challenged by reigning Olympic champion Bruno of Brazil who will again join his partner Evandro who had been teaming up with Guto for the Doha event. They will be competing with the well-known top teams from the Doha event, especially Russian world champions Krasilnikov/ Stoyanovskiy and Germany’s Thole/Wickler. And of course Doha surprise winners Perusic/ Schweiner of Czech Republic.
On the women’s side, Cancun might see another final matchup between America’s A-Team Klineman/ Ross and Canada’s Pavan/ Humana-Paredes.

After the country quota matches on April 15 and the qualifiers on April 16, main draw kicks off on March 17. Quarterfinals and semifinals are scheduled for April 19 before the medal matches will be played on April 20. You can find the impressive lineup of top teams on the official FIVB event page. The matches can be livestreamed on the FIVB Beach Volleyball World Youtube channel.