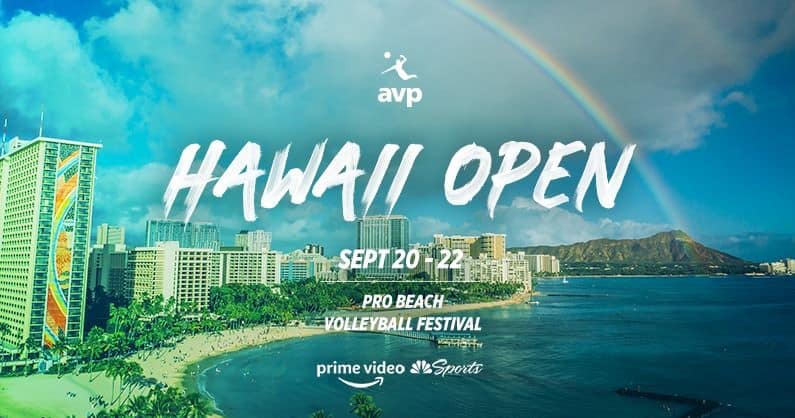 After last season’s AVP Hawaii Invitational, the 2019 edition comes as a full main draw event that closes the 2019 AVP Tour. The US$200,000 Hawaii Open are made up of 16 main draw teams for both genders.  The champions of the Huntington Beach Open, Austin Open, Seattle Open and Hermosa Beach Open enter automatically. Additionally, six teams come in based on their Gold Series standings, two as wild cards plus four qualifier teams. The teams that won one of the mentioned tournaments and that qualifiy based on Gold Series standings, give their spot to the next team in the Gold Series standings.

On the women’s side, no wild cards have been granted. But another battle between A-Team Alix Klineman/April Ross and Canadian world champions Sarah Pavan and Melissa Humana-Paredes can be expected. Since beach volleyball gypsy Brandie Wilkerson has been playing the Olympic Qualification tournament at Haiyang (China), her recent AVP partner Sara Hughes is teaming up with Allie Wheeler for the Hawaii event.

Another interesting side note is the introduction of the new AVP game ball. Its name is Optx and it will replace the current AVP Wilson game ball. The new version uses color variance for easy spin detection, especially when playing with polarized sunglasses. For beach volleyball fans it will be on sale from January 2020.

Check out all the details on the official AVP event page. You can watch the event live on Amazon.