There are many commentators…but there is only one Dain Blanton 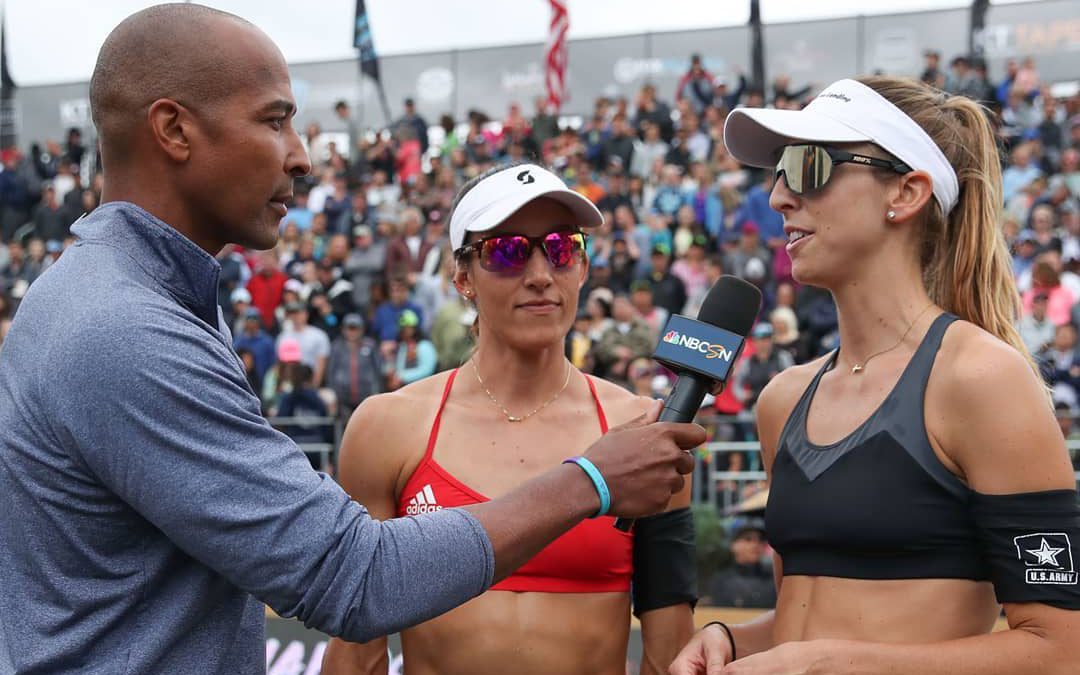 It is the 2018 Fort Lauderdale Major. Men’s quarterfinals. Dalhausser/ Lucena against Brouwer/ Meeuwsen. The FIVB (co-)commentator is summarizing an exciting match that ended with a win for the Americans: “Phil turned to the top spin serve, this was the defining moment in the match.” Just a minute later Nick Lucena in the on-court interview: “It was Phil’s game. He switched the serve and that’s how we won”. This is when analysis hits reality.

When watching the major beach volleyball tournaments on television or livestream, you can come across all sorts of commentators. At times it can be quite annoying. Boring in the best case. I don’t have to tell you: not all commentaries are created equal. Some just lack volleyball insights. Some are rather boring. Some just don’t have any analytical rigor. Others try to compensate lack of skills with bad humor. But there is one guy that is different. One guy that has pretty much all the commentator skills needed.

Dain Blanton is the Sydney 2000 Olympic beach volleyball champion and the first African-American to ever win an AVP Title. In the past decade, he has been working in sports broadcasting for NBC and ESPN and as assistant coach at University of Southern California (USC). In recent years, he has been a commentator for the AVP and FIVB. Dain is a volleyball expert on American television. He brings intellectual rigor to the somewhat sloppy Amazon Prime coverage of the AVP Pro Beach Volleyball Tour. And when it comes to FIVB World Championships or Major Series events, he is commentating for the FIVB.

Dain has the analytical skills, he is concise and to-the-point. He is a beach volleyball enthusiast and manages to show his passion for the sport in his commentaries. He has got tons of volleyball knowledge and expertise. He talks to the players and provides some first hand insights. He makes great use of his coaching experience. His commentaries make watching a good beach volleyball match great. His “no bullshit” on-court interviews just hit the mark. Great intro, smart questions, no nonsense.

At the moment, Dain is doing the English commentary for the Beach Volleyball World Championships in Hamburg. So if you love beach volleyball like us and enjoy some good commentary, head over to Volleyballworld and enjoy!