They had to take the long road but in the end it was Jake Gibb and Taylor Crabb who won the golden volleyball trophy. In the final of the AVP Chicago Gold Series Championships they defeated legends Phil Dalhausser and Nick Lucena in straight sets. The 1st set was all tied until 19:19 but two big points for Gibb/Crabb finished the set in their favor. The second set was a one-sided affair where Gibb/Crabb lead by 15:6 at technical timeout to finally claim the set and Chicago title decisively (21:19, 21:10).

Both teams met in the final for the second time in the tournament after Gibb/Crabb had lost against Phil and Nick an earlier in a three-set match where both side scored the same amount of points. But Gibb/Crabb made their way back through the contenders bracket where they defeated the strong McKibbin brothers in the contenders’ final. TheMcKibbins who showed their strongest volleyball on the AVP so far and finished 5th, were close to winning the first set against the later champions but missed three set points at 20:17. Gibb/Crabb shifted gear and eliminated the McKibbins and afterwards top-seeds Budinger/Patterson in the semifinal. Taylor Crabb:

“We just executed very well on everything. My parents flew in from Hawaii and my girldfriend from California.”

And Jake Gibb complimenting his partner:

“Taylor just played incredible defense and digged everything. We are looking forwarrd to Rome now.” 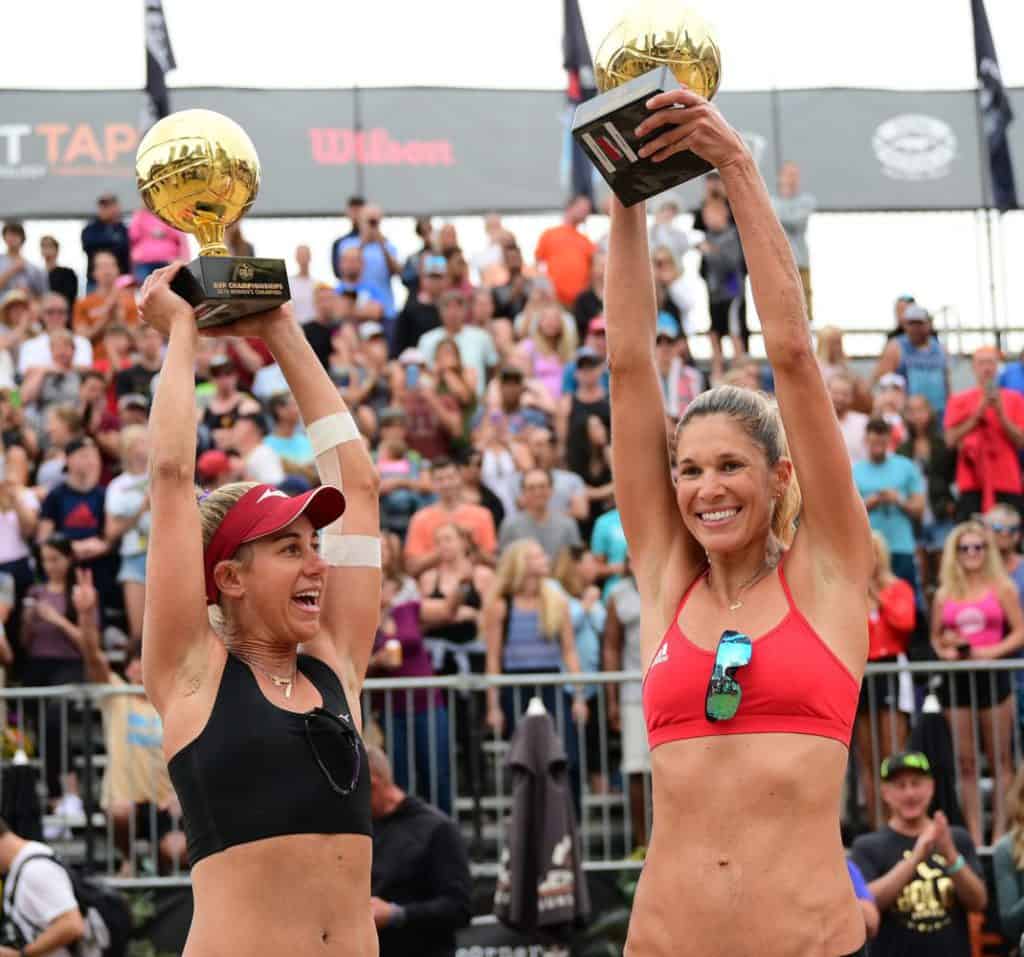 On the women’s side, A-Team Alix Klineman and April Ross were untouchable throughout the entire weekend. They totally dominated the Chicago event and didn’t drop a single set throughout the tournament. After taking revenge for their Manhattan Beach final loss and sending the Canadian world champs Sarah Pavan and Melissa Humana-Parades to the contenders bracket, the A-Team continued their dominance in the winners bracket. In the semifinal they defeated beach volleyball gypsy Brandie Wilkerson and Sara Hughes in the semifinals. The just recently formed team of Wilkerson/Hughes had eliminated the Canadian world champions in the contenders bracket but didn’t stand a chance against the A-Team. In the final Klineman/Ross posted a two-set win against Day/Flint to claim the Chicago title (21:12, 21:15).