In an all-Canadian final, beach volleyball “gypsy” Brandie Wilkerson and Heather Bansley claimed the gold medal at the FIVB Las Vegas Open, a 4-star event presented p1440. In a close three-set gold medal match, Bansley/Wilkerson defeated their Canadian compatriots Melissa Humana-Paredes and Sarah Pavan (21:17, 17:21, 15:9). It is their fifth podium in the last eight World Tour events. Brandie Wilkerson after the final on their performance:

“I think it is just a build of everything we work so hard to do. Anything I am doing well is a complement on what Heather is doing well.”

Bronze went to Carolina Salgado and Maria Antonelli after their Brazilian compatriots Rebecca Silva and Ana Patricia Ramos had to retire from the bronze medal match due to Ana Patricia’s ankle injury.

In the men’s competition, it was business as usual. Just as in the Hamburg World Tour Finals and the Vienna Major, Norway’s Anders Mol and Christian Sorum claimed the gold medal in the final against Grzegorz Fijalek and Michal Bryl from Poland. In two straight sets, the Norwegian youngsters completely dominated their favorite gold medal match opponents whom they beat for the fourth time in only two months. Anders Mol being asked about Norway’s status as a beach volleyball nation:

“There are not many beaches in Norway, so practicing is not easy. But we have indoor facilities and we usually travel to Spain to practice with the best teams in the world.” 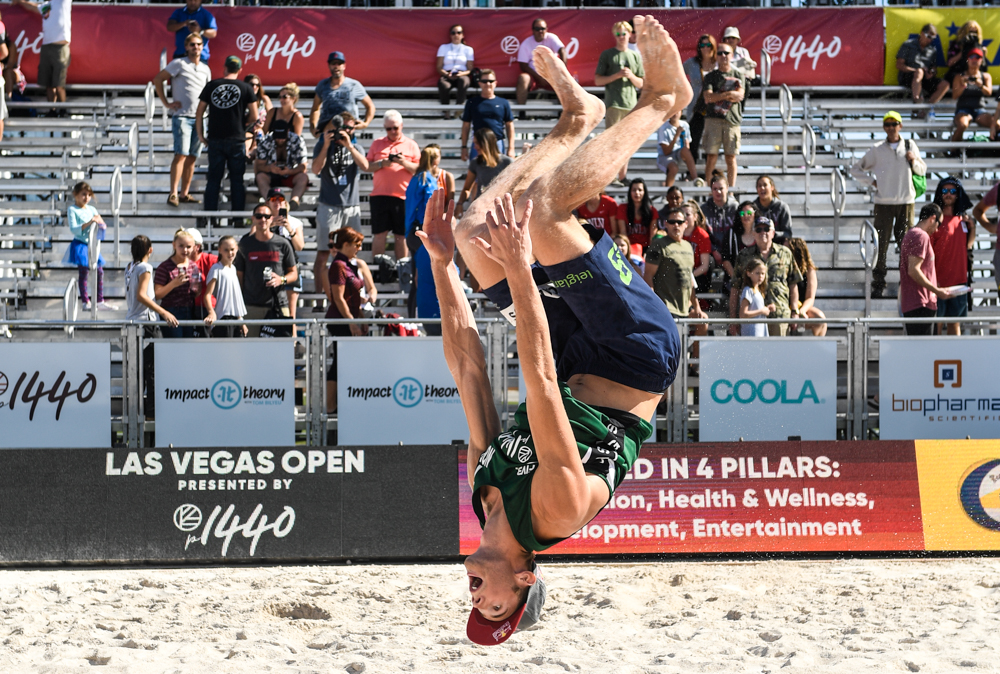 Anders Mol after the Vikings’ victory

In a close bronze medal match, Yangzhou winners Tri Bourne and Trevor Crabb were defeated by Russians Oleg Stoyanovskiy and Viacheslav Krasilnikov after missing five match points in the tie-break.