In the end, the FIVB 3-star event in Chetumal (Mexico) turned out to be a North American Championship. Only teams from the U.S. and Canada made it to the semifinals. And just as in Las Vegas last weekend, Canadians Brandie Wilkerson and Heather Bansley claimed gold after beating Caitlin Ledoux and Geena Urango (USA) in the final.

The final was a one-sided match. Against the American qualifiers Bansley/Wilkerson won in two straight sets (21:12, 21:13). Several service winners and consistent side-out was the key to the victory that was never at risk.  For the Canadian world ranking leaders it was their third FIVB gold medal this year after winning Warsaw and Las Vegas which secured them another 600 points in the Olympic qualification process. Heather Bansley after the final:

“We came here to get some valuable Olympic qualification points and this is a big win for us. The fans were amazing, they pushed us all the way to the final and it was a really special tournament.”

In the semifinals, the Canadians had beaten three-time Olympic champion Kerri Walsh Jennings and Brooke Sweat (USA) who claimed bronze against Canadian newcomers Megan and Nicole McNamara. In convincing manner Bansley/Wilkerson had dominated their American counterparts and won in two sets (21:18, 21:17). Brandie Wilkerson’s strong serving and attacking caused a lot of trouble, especially for Walsh Jennings who struggled with Wilkerson’s unconventional serve. After the match, Wilkerson who was born in Switzerland to an American father and a Swiss mother, showed great humor in the post-match interview. Being asked how many passports she holds, Brandie’s reply in Spanish honored the local Mexican crowd:

“Three. But I am looking for a Mexican one!” 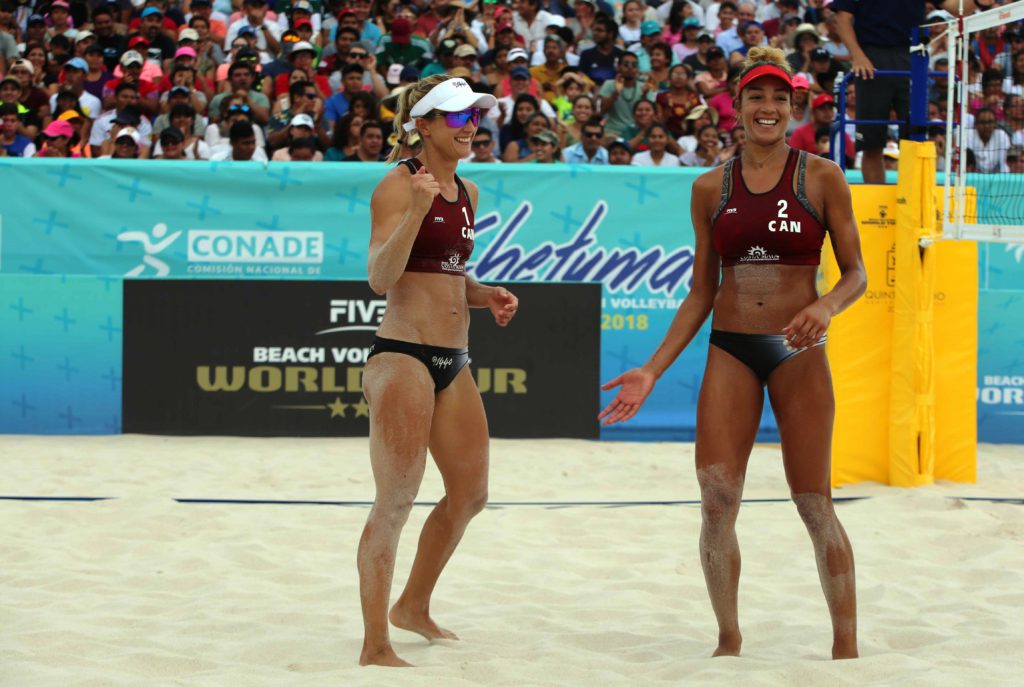